Homeless to Hope through fencing 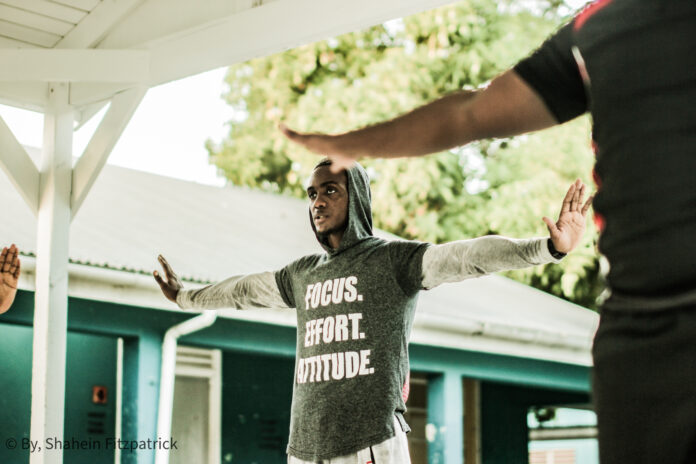 Memories of being homeless for several months with just the clothing on his back and a bag containing his fencing equipment flood across his head.

Deschanel David, 24, is a talented athlete with hopes of becoming the Caribbean’s first fencing Olympian to win a gold medal.

After practicing day and night to master his art and deal with personal concerns, fencing has become second nature to him.

“I started fencing in high school, which was in 2014 when I was in fourth form. I was doing track and field at the time, and I soon got tired of it since my love had faded. Guys began to outperform me, and I disliked not being the greatest. I recall praying to the Lord one night, asking him to provide me something else to do, and I told him to send me exactly what he had in mind for me,” David explained.

David Hart, an ex-fencer and coach with over 50 years of experience, offered youths at Princess Margaret Secondary School the opportunity to train with him a few months after he retired from track.

“I immediately knew that fencing was the sport for me. Many hurdles have come my way since the first day I picked up my fencing blade, and I haven’t dropped it since because fencing has helped me through many storms,” the youngster remarked.“I became homeless around two years after graduating from high school due to events beyond my control,” he adds.

“I stayed in around seven different abandoned buildings during that time. I recall coming home from fencing one Saturday and seeing my clothes outside of one of the locations. Since there were so many people congregating there, the homeowner became irritated and informed me, “Tonight is the last time you’ll be staying here because there are too many people here.” She hauled my belongings outside, and only God’s grace rescued me. An African man who was residing there begged her to retain me for a few days longer.”

Throughout it all, the only thing Deschanel did was indulge himself in the sport. “I would get up in the morning, put on my fencing gear, and train, train, train. I’d simply fence by myself for hours and hours on end.”

As he reflected, David disclosed with sadness in his voice, “This was my daily routine.” Fencing has always been a source of escape and optimism for him through all of his obstacles.

“And God used it to reveal to me who I am as a person. Even though things could be better, I have to admit that I’m in a better place now. I’ve developed a heart for the vulnerable as a result of my difficult teenage years. However, for the time being, my emphasis is solely on fencing; I must and will be an Olympic champion, and once I achieve my ambitions, I will follow the blueprint that God has shown me,” David confessed.