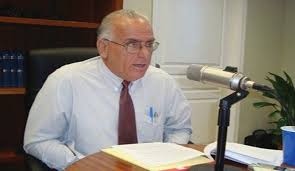 In the middle of this election campaign comes a mega concert (January 7th ), with a star-studded line-up. This has long become par for the course in Caribbean politics.

My guess is that this event could cost as much as $2 million. It is presented by the Government of Antigua & Barbuda. So I will presume that it is being paid for by the Government, that is to say, the taxpayers, which would be brazen, outrageous and improper.

If the money is not coming out of the Government Treasury, then I cannot help but wonder about the motives and priorities of a person who would finance one night of entertaining the masses to help satisfy the incumbents’ political desire for re-election, rather than using his or her, say $2 million, to help in empowering the masses.

Now, I’m not a party pooper. And I know that the people need some fun and entertainment, and that the concert will take place anyway. But I also know from experience that if voters have made up their minds to change Administrations, no amount of mega concerts will save them. The voters will attend the concerts, enjoy themselves, and get rid of the incumbents.

Meanwhile, what happens to concert goers on the way home, trying to navigate poorly kept roads? What happens when they reach home and find no water or electricity? What happens on Monday morning when there’s no job to go to, and no money to feed their children and pay their bills?

Could the $2 million have helped in any of these situations, all of which are very real? There are people in Antigua who are owed back-pay for years. How will they feel, knowing that, rather than paying them at least some of their back-pay, Mr. Browne has decided to use their money to have a political concert?

Given the difficulties that public service workers and pensioners have endured over the years, I can understand their anxieties over keeping up to date with their mortgage payments, car loans, and over just getting by in life.

How will other workers, contractors, suppliers and other creditors of the Government feel, knowing that entertainment for Mr. Browne’s political gain is more important to him than using Government’s money to pay them?

How will the police, the fire services, the prison services, the nurses, the teachers, utility workers, port workers and others feel about this? Could that $2 million have been used towards improving technological infrastructure, thereby better positioning the country’s economy?

Could it have been used to provide critical assistance to youths and the elderly? What about abused persons, could they have benefitted from assistance out of that $2 million?

After the concert on Saturday, deceptively referred to as ”free” but actually paid for by the taxpayers, will the widening gap between the rich and the poor in Antigua & Barbuda suddenly and miraculously narrow, with the way things have been going?

Perhaps most importantly, could the $2 million have been used to give real hope to the people? A people without hope are a lost people.

I can only encourage the people of your beautiful country with this: a ton of entertainment cannot match an ounce of empowerment. And don’t empower who isn’t empowering you.

Facebook
Twitter
Pinterest
WhatsApp
Previous articleHomeless to Hope through fencing
Next articleMichael predicts that Browne will not return as prime minister even if ALP wins election; Watts says party divided into factions