Dominica to provide useful tools worth $4 million to farmers 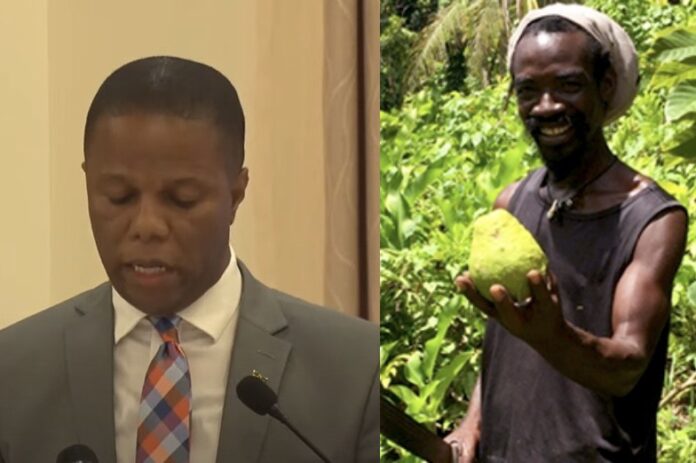 Minister of Blue and Green Economy, Agriculture and Food Security of Dominica Fidel Grant stated that his ministry continues to pursue policies and plans aimed at ensuring that nutritious food is readily available to all Dominicans.   He stated that efforts are being made to keep Dominica as the breadbasket of the region. He added that the agriculture sector remains the underpinning of the country’s rural economies.

He made these remarks at the cabinet press conference on 31st March 2021 in the presence of Prime Minister Roosevelt Skerrit.  Minister Fidel Grant stated that several new projects had been started in the country to improve the sector. He noted that after the devastation of Hurricane Maria, Dominica received the aid of $67.5 million from the World Bank. Minister noted that under the time of pandemic work of development done more faster as of earlier.

Further discussing main activities within the Emergency and agriculture livelihood climate resilience project, Minister Grant stated that development under the World Bank-funded project and project contains four components to date. He also outlined different component of the projects, which are the following :

According to the Agriculture and Food Security of Dominica, farmers are receiving, fertilizers, agrochemicals, small tools, and equipment within this programme. He noted that to take benefit, we have received a total of 3274 application under this component & to the date under this component, 2906 have been approved & 2617 have signed their beneficiary agreements. “We will provide useful tools worth $4 million to our farmers.” He added.

He stated that 340 applications had been received from livestock farmers, from which 243 applications reviewed and 54 approved. “Under this component, the government will provide building materials and element of labour to livestock farmers for the construction and improvement of their structures,” Minister noted.

Fidel Grant said that it has further three categories Brand new structure retrofitting of existing structures which required less than $10,000 for repairs. He added, “Livestock farmers of all 7 regions will benefit from this programme.”

During the conference, Minister Fiden Grant also added that this component was activated during the COVID period, and to date, the government paid $3.1 million to farmers across the country.

Furthermore, he stated that agriculture and fisheries are the most significant to the national economic plan. Minister noted that the government also assisted micro gardeners and small farmers who grow vegetables in their backyard.  In order to assist them, the government provided tools, fertilizers, seeds in excess of $297,000. For agricultural and farming education in schools and institutions, the ministry of agriculture provided $12,378.

Minister of Agriculture said that about 1.7 million invested by this government to rehabilitate and construct agro-processing facilities. He also notified about the White Potato Project, under which the government will partnering with 185 farmers in the production of white potatoes. The minister also noted that it would boost the output of white potatoes, increasing farmers’ income. For this project Minister notified that they had selected four agricultural regions, these include central, south, northeast and west.