Why the delay in increasing national minimum wage, UPP asks the ‘wicked and unconscionable’ Browne Administration 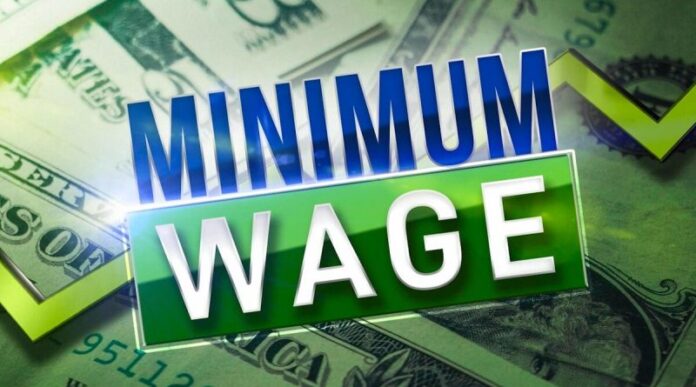 The United Progressive Party (UPP) is asking the Gaston Browne Administration to explain the delay in implementing an increase in the minimum wage after it convened the National Minimum Wage Advisory Committee earlier this year.

The Party is also reiterating its recommendation that the minimum wage be increased to a “living wage,” as the people continue to suffer unduly amid the steep rise in the cost of living.

Following these calls by the Party’s Political Leader, Harold Lovell, months ago, Minister of Labour Steadroy “Cutie” Benjamin hastily moved to convene a meeting of the Advisory Committee on Friday, February 25.

However, up to Labour Day, May 1, members of the Committee reported that there had been no further movement. Now, more than five months after the first meeting, there still has been no progress or updates on if – or when – the minimum wage will be revised.

Taking inflation into account, Lovell says, the present minimum wage – which is $8.20 per hour – “is simply not acceptable in 2022.”

Therefore, “the UPP calls on the Administration to end their unconscionable delays in addressing the minimum wage, while also failing to tackle the rapidly rising prices of goods and services,” a release from the Party says.

Lovell is reminding the Nation that it was the UPP’s intervention, through the Minimum Wage Review Committee, that prompted increases in 2006 and 2008. The last increase, in 2015, was also the result of a review undertaken before the UPP left office, he notes.

The UPP Political Leader says the sitting administration “is wicked and unconscionable to leave the minimum wage unchanged for seven years, while the cost of goods and service has rapidly risen every single year.”

It is now clear, he says, that the Labour Party Government is not serious about ensuring that workers earn a living wage that will enable them to feed themselves and their families.