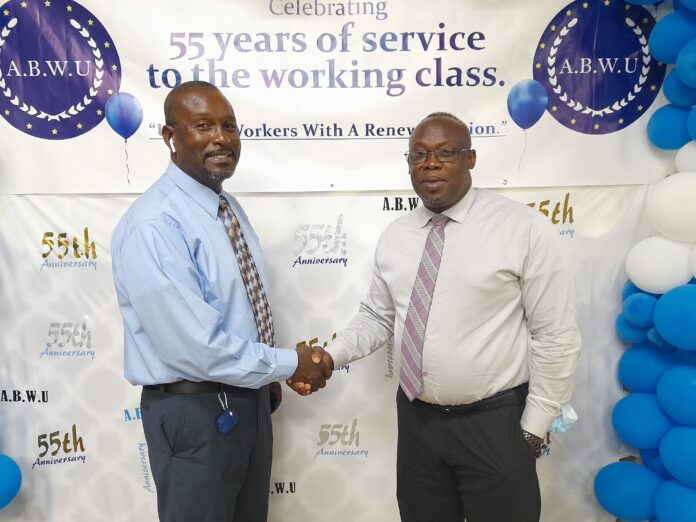 The Antigua and Barbuda Workers’ Union is proud to welcome Bro. Hugh Joseph to its team of Industrial Relations Officers.

Joseph is a consummate professional who brings to the ABWU over two decades of experience in the Trade Union Movement. Joseph commenced his career at the AT&LU’s Workers’ Voice Newspaper in 1997, then transitioned into the role of Industrial Relations Officer in 2002. He later excelled to the post of General Secretary where he served for six years.

Joseph explains that his life’s work has been to uplift ordinary people and that his new role is a continuation of that service. “My intention is to support and advance in a meaningful way the efforts of the ABWU as we seek to improve lives and lend to the overall development of the working populace of Antigua and Barbuda,” Joseph said.

Joseph received his education at the Caribbean Institute for Social Education Foundation, the Barbados Workers’ Union Labour College and the Barbados National Productivity Council. He also completed studies in Labour Relations and Law at Ruskin College in Oxford, England.

Joseph has represented the local Labour Movement on several international bodies including the Caribbean Congress of Labour General Council and the International Union of Food, Agricultural, Hotel and Restaurant Workers’ Associations (IUF). He has also served on several local bodies to include the National Labour Board, the Social Security Board, and the National Minimum Wage Advisory Committee.

ABWU General Secretary, David Massiah, says the Union continues to build capacity in order to meet the needs of a growing and evolving workforce.

“The ABWU is an organization that recognizes and values talented individuals. We have no doubt that Bro. Hugh Joseph will enhance the pool of talent that we have assembled at this organization. We are proud to welcome him on our team of competent and capable officers. Our primary goal is to serve our membership, and we are willing to make the necessary investments to maintain the quality service that our members expect from us,” Massiah stated.

Joseph’s assignments will include the handling of grievances, responsibility for workplaces and undertaking negotiations