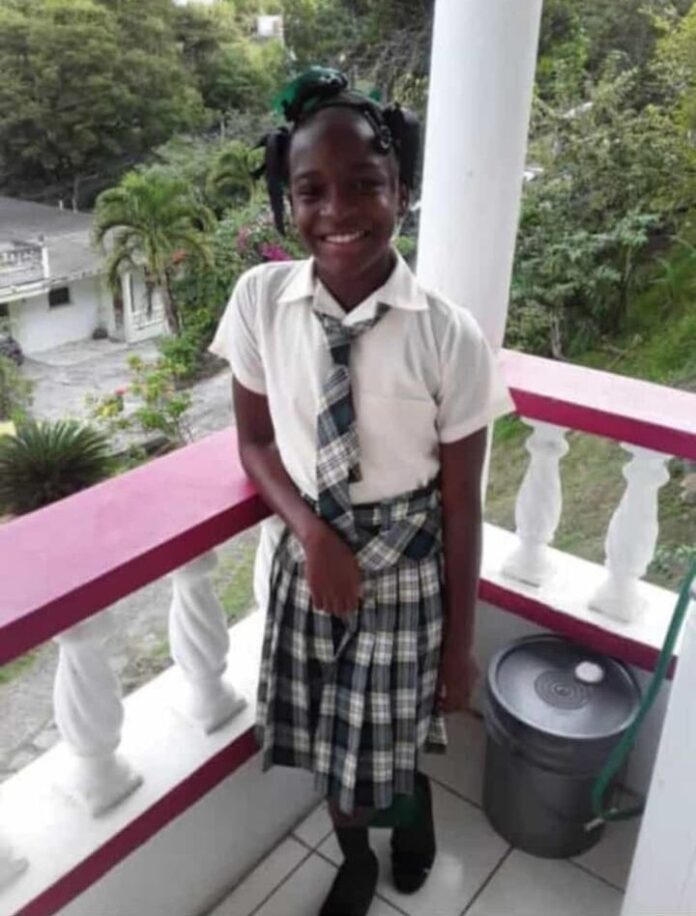 A massive search is underway for 12-year-old Kernisha Ettiene of Warner, Dominica who was allegedly snatched from her residence Tuesday evening at around 11:30PM.

Police have reported that the victim was abducted by a well-known psychotic individual by the name of Kian Alexander of Belles village.

According to reports, Alexander intruded the home of Laurant Joseph-Bruno and attacked him with a cutlass, seriously wounding him, before taking his adopted daughter and disappearing into the bushes.

On Wednesday morning, scores of villagers, search and rescue teams, police and fire officers dispatched to the Warner and Belles area. A missing person report was since filed and the officials have been seeking assistance in the search throughout the forestry areas where the assailant and victim may be.

Unconfirmed reports say that the man had been speaking about drinking the blood of a virgin for a few days before this incident. Family members allegedly alerted the police but it is unclear what was done about the matter.

As of 12PM today, neither the victim, nor the perpetrator were found. Other unconfirmed reports state that the victims, clothes, one shoe and a teddy bear were found, however, there have been no further official statements on the matter by police.

Laurant Joseph-Bruno is said to be in a conscious state and is receiving treatment for his injuries at the Dominica China Friendship Hospital in the city of Roseau.

Anyone with information relating to this very serious matter can call: