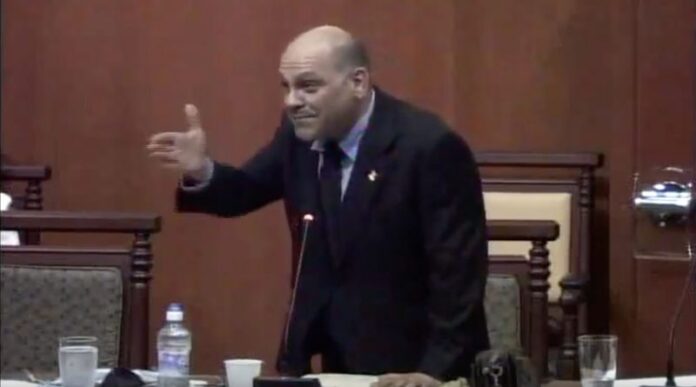 On the evening of 25th March 2022, the Honourable Prime Minister and Leader of the Antigua and Barbuda Labour Party (ABLP) published on his Facebook page a slate of Candidates as approved by the ABLP Executive for the upcoming General Elections. This was followed by a press release on 26th March 2022, which mirrored the Leader’s Facebook publication of 25thMarch 2022.

Both publications disappointed, as well as offended me, as a long standing and loyal member of the ABLP. Despite the clear position I hold as the incumbent representative and candidate for the Party for the Constituency of St. Peter, my name was not on either list but another person, Rawdon Turner, was named as the candidate for St. Peter.

The absence of my name was in my view a clear violation of my rights as a member of the Party. Notwithstanding the disagreements between myself and the Political Leader, I never once questioned his entitlement to be respected and treated as Leader of the Party.  I fail to see how I would be expected to tolerate his clear mistreatment of me as the duly elected Representative for the Constituency of St. Peter within the Party structure.

It was for these reasons I immediately filed an application in the High Court for an injunction to protect my rights and the interests of those I represent in St. Peter. I am grateful to God for the strength he has bestowed upon me in the face of adversity. I am truly grateful for the wisdom and independence of our Courts, having granted an interim injunction on 7th April 2022, maintained the injunction by written judgment given on 12th May 2022.

The Court has noted that there is a preponderance of the evidence to suggest the infractions of my rights as a member of the ABLP by the Leadership. Further, the court has been compelled to act in keeping and seeking to maintain the ABLP’s commitment to the due and fair process of law in the selection of its Candidates.

Though I continue to suffer greatly under the hands of those who seek to oppress me, I remain eternally grateful for the love and support of my family and constituents who continue to support me in this fight against oppression and hardship, visited upon the people of St. Peter and myself through no fault of our own. This I do as my small part to maintain a democratic society and to keep at bay all forms of totalitarian and authoritarianleadership of our Land.

I wish to make it clear, that at no time has anyone, including our good comrade Rawdon Turner approached me and asked me to withdraw my candidacy and support theirs. I continue to look forward to the support of all comrades, including Comrade Turner