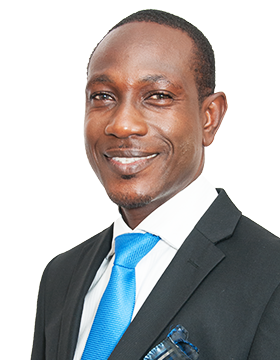 Senator Johnathan Joseph says he is appalled by the exclusion of unvaccinated single mothers from the Food-Care Distribution Project that began on Wednesday, December 15.

The distribution exercise, billed as a “Single Mothers Vaccination Incentive,” is funded by the Canada Fund for Local Initiatives.  It was advertised to run for four hours in the parking lots of the Public Library and the Central Marketing Corporation (CMC), and required the women to present ID cards showing they have been inoculated.

Along with Joseph, the United Progressive Party’s Candidate for St. Mary’s North, several women contacted REAL News to voice their disappointment with the initiative.

“They’re giving out the food in a parking lot, not in an enclosed space; so why the need to prove they are vaccinated?” asks one critic, the mother of two grown children.

“I thought the more important thing here was that a family gets some food,” she says.

Another woman feels the distribution should have taken place indoors, using a school auditorium or the Multipurpose Centre, so that the single mothers – many of whom are already vulnerable – could be accorded a measure of privacy and keep their dignity intact.

Meanwhile, Senator Joseph tells our News Room there are scores of other mothers in need of assistance – including those with unemployed fathers in the home – but that help is not forthcoming.

“Some of these persons used to work in the hotel sector, and they have not been called back out.  So they’re at home with nothing.  It’s not that they want anybody’s charity.  They’re just not able to provide for themselves or their families right now,” Joseph explains.

The Jolly Beach Resort – the island’s largest hotel property – has been closed for a significant time now, with workers still waiting to receive back pay and severance, while the Sugar Ridge Hotel has not reopened since being closed down by the pandemic.

Joseph says that he and Corthwright Marshall, the St. Mary’s South Candidate, have been doing their best, for several months, to provide food to households in critical need.  However, some of the poverty they see daily extends beyond the lack of groceries, he says.

“We have a family that is dirt-poor, and I mean that literally.  And there is a small child who has a heart problem,” the Senator says, sharing photos of the family’s living quarters to support his appeal.

Meanwhile, a woman who is on the Government’s Job Programme is at her wits end.  She says she recently had a baby and the Labour Department will not authorize payment for her maternity leave until she can show proof that she has been vaccinated.

A negative PCR test will not be accepted either, the young woman says she was told.

The young mother is now worried that she will not be paid maternity benefits by Social Security, either, because of her status as unvaccinated.

Admitting that she is afraid of the consequences of speaking out, the woman says she is moved to let the public know what is happening to vulnerable persons.

“What is going on here? So unvaccinated single mothers don’t need help?” an irate mature woman is demading to know.  “Meantime, all civil servants are getting double salary [for Christmas] in St. Kitts,” she says.