TAKE THE JAB OR LOSE YOU SALARY 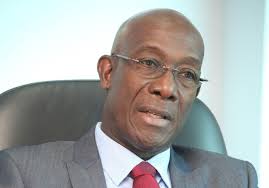 Trinidad – Several governments in the Caribbean seem to be on their high horses, and are giving public servants the ultimatum to take the COVID 19 Vaccine or lose their jobs.  The unvaccinated are not left with the tough decision to make, Vaccine or their livelihood.

Unvaccinated public servants in Trinidad have been given an ultimatum; get vaccinated against Covid-19 or lose their monthly income.

Trinidad’s Prime Minister Dr Keith Rowley has given mid-january as the for unvaccinated public servants to be inoculated, or they will not be allowed to return to work.

The Dr. Rowley made the announcement during a news conference at the Diplomatic Centre in St Ann’s.

But further added that this is not a vaccine mandate but rather, a move to make Government offices into “safe zones”.

Pointing to the increase in COVID 19 cases daily the Prime Minister said deaths and infection is what prompted the move.

Rowley reiterated “We have come to the point where the Government will have to take certain actions.”

“I have had extensive discussions with the Attorney General and his support team in his ministry and his advisers outside, and we will now move to a situation of insisting that people in Trinidad and Tobago acknowledge the Government’s policy that vaccination is our best way of dealing with the carrier of death and destruction.

The Prime Minister further added “ we’ll try to make it as palatable as possible. We will attempt to encourage and increase the level of vaccination.

“With the Government being the largest employer of labour, it is the intention that mid-January Government’s workplace will require vaccinated workers. We will put things in place to identify such status,” however exemptions will only be given to those who have medical reasons to not get vaccinated.

There is a twist for those who refuse to take the jab, He said those who choose not to be vaccinated will still be employed, but will not be paid.

The Prime Minister is also expecting the private sector to follow suit.