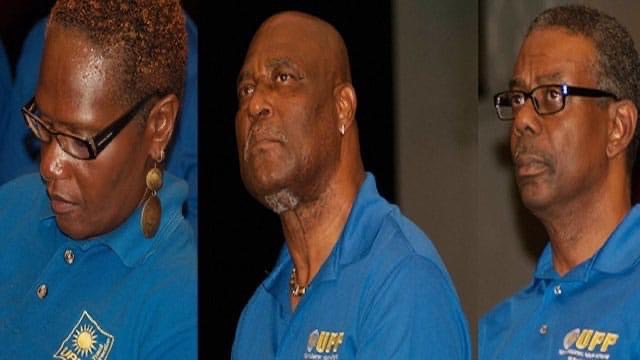 (Real News)Following several adjournments of what has been referred to as “The Buses Case,” which involves three former United Progressive Party ministers, a trial date has been set for November.

Political Leader Harold Lovell and his two former deputies, Dr. Jacqui Quinn and Willmoth Daniel, were arraigned in the High Court earlier this year and all entered pleas of not guilty to the three charges levelled against each of them.

June 14, 2021, was the last date set for the trial to commence, but attorney-at-law Leon “Chaku” Symister says that final case management was concluded on Tuesday, October 5.

Symister says the matter has been dragging on for years, but he is confident that, at the end of the day, the trio will be vindicated.

The matter, which began in 2015, was initially dismissed in the lower court by Magistrate Conliffe Clarke.

However, following an appeal by the Crown, the case was taken before Chief Magistrate Joanne Walsh, who reviewed the case and decided that there was sufficient evidence to send it to the High Court for trial before a judge and jury.

Symister says the delays experienced with this case are not at all unusual.

The buses were donated by a friendly government.  But from among seven (7) former UPP ministers who utilized them for community transportation, only these three senior Party members were singled out for prosecution.

It is widely accepted that the Gaston Browne Administration is prosecuting Lovell, Quinn and Daniel because they were the only three representatives that remained in active politics after the 2014 elections.