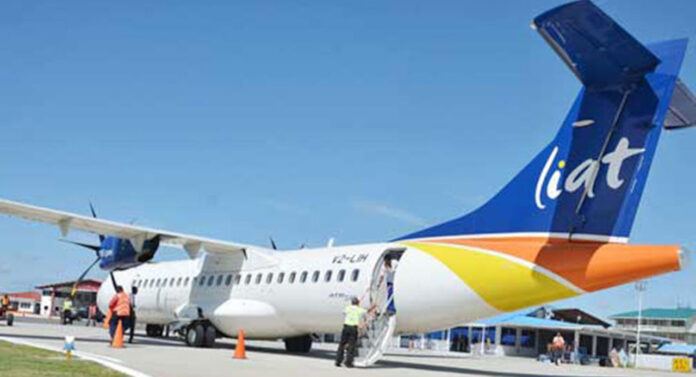 Real News- Current LIAT workers say they are no less disgruntled with the Government than their colleagues who were severed last year.

Staff who retained their jobs during the lockdown brought on by COVID-19 tell Real News that their salary payments continue to be irregular and they are owed for two months at present.

They also complain that the company’s full-time employees are being discriminated against, since those persons working on contract are paid on a timely basis.

Reportedly, funds generated by LIAT’s flight operations are earmarked for “contract salaries,” while the other class of workers must wait on Government subventions in order to be paid.

The workers say they expected that the $40 million from Venezuela – borrowed by the Gaston Browne Administration expressly to refinance LIAT’s operations – would have been pumped into the airline, giving them greater financial stability.

However, they tell REAL News that the loan funds have been spent – not on the carrier, but on the country’s routine expenses – and this was confirmed by Government sources.

On inquiry, they were first told that these funds were being reserved as Government’s contribution to the relaunch of LIAT – once a new investor was found.

To their knowledge, the staff say, several investors did, indeed, indicate an interest in taking on the ailing carrier.  However, they would not agree to assume the responsibility for paying severance and other entitlements to the hundreds of terminated employees.

There was one potential investor who was willing to assume the liability, the sources tell REAL News, but this person wanted the Browne Administration to step out of the picture completely.  Reportedly, the Prime Minister refused to do that.

Given the financial insecurity of their current position, the employees say they are hardly better off than their former co-workers who continue the wait to be paid off.

Many of these persons have 20 to 30 years equity in the company and, at best, will be paid only 50% of what they are owed.  Browne, the Minister of Finance, has said, definitively, that no better offer will be made by the Government.