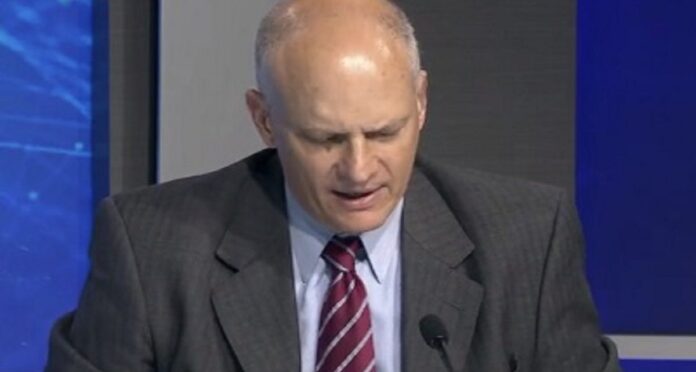 CMC- The International Monetary Fund (IMF) Thursday said that the coronavirus (COVID-19) pandemic has hit Latin America and the Caribbean (LAC) harder than other parts of the world, both in human and economic terms.

In its latest outlook for the LAC, the IMF said the relatively large human toll is evident with only 8.2 per cent of the world population, the region had 28 per cent of cases and 34 per cent of deaths, by the end of September.

Director of the IMF’s Western Hemisphere Department, Alejandro Werner, told a virtual news conference that in the first stages of the pandemic, the IMF had provided “emergency financing” for the Caribbean region, estimated at one billion US dollars.

“We are continuing to work with all the countries in the region, both at the bilateral level and at the regional level to explore possibilities to help the Caribbean countries in the second stage of the pandemic after the Rapid Financing instruments have been deployed”.

He told reporters that “all ideas are on the table and basically we need to find, let’s say a framework for engagement that eventually will allow the region to weather the effects of the pandemic that as I said before is one of the worst affected regions in the world.

“We need to find the financing instruments that could be grants financing, etc and other types of financial assistance to support these packages. So we are working constantly with the countries”.

Werner described as “very important” a meeting held earlier this week with Caribbean Community (CARICOM) leaders, adding “and we continue to work and we hope that in the next few months we will see the products of these deliberations to help the countries in the Caribbean minimize the impact of these very negative shocks for the region.

“I think it is important to say that the region has been able to control the pandemic very, very well, but obviously the lack of international mobility, as I said before, has significantly hampered the tourism sector and that is the life line of many countries in the Caribbean and therefore a compensating income is of the utmost importance for these countries and we are exploring many possibilities to provide this,” the senior IMF official told reporters.

The IMF in its new “Regional Economic Outlook: Western Hemisphere” report projects a real gross domestic product (GDP) contraction of 8.1 per cent in 2020, noting that unlike in previous recessions, employment contracted more strongly than GDP in the second quarter of 2020, with 20 per cent on average for the five largest countries.

“Two structural characteristics of Latin American and the Caribbean economies contributed to the relatively larger economic impact: comparatively more people work in activities that require close physical proximity, and less people have jobs in which teleworking is feasible.

“Almost 45 percent of jobs are in contact-intensive sectors- like restaurants, retail stores, or public transportation -, compared to just over 30 per cent for emerging markets. In reverse, only about one in five jobs can be done remotely, half the share of advanced economies and below the emerging world average (26 per cent).

“These two features, in addition to a high degree of informality and poverty, and combined with lower trade and financial turbulence caused by the ailing global economy, contributed to the historic collapse in activity,” the IMF said.

The IMF noted that with the Caribbean countries dependent on tourism for anywhere between 20 to 90 per cent of GDP and employment, they were the hardest hit.

“Despite being relatively successful at containing the virus spread, the sudden stop in tourist arrivals and local lockdowns was equivalent to a cardiac arrest to their economies,” the Washington-based financial institution added.

The IMF said that bold policy actions by many governments were critical in mitigating the pandemic’s economic and social impact but leave a legacy of higher public and private debt.

“Policies should remain focused on containing the pandemic and cementing the recovery. Premature withdrawal of fiscal support should be avoided. However, further support should be accompanied by explicit, legislated and clearly communicated commitments to consolidate and rebuild fiscal defenses over the medium term.”

The IMF said that once the pandemic is under control and the recovery is underway, these commitments will need to be executed, entailing strengthening of medium-term anchors.

“Financial regulation will need to address the potential financial stability risks emerging from the crisis. The share of corporate debt at risk – when earnings are lower than interest expense -, has doubled from 14 per cent last December to 29 per cent in June, and could rise more in 2021, in an adverse scenario. Debt restructuring will be critical to recover the financial health of viable firms.

“For unviable ones, efficient and equitable bankruptcy frameworks that distribute losses between investors, creditors, owners, workers, and the government will be needed.”

The IMF said that a weaker-than-expected recovery and a more persistent pandemic will impose more difficult choices for governments.

“Scarring and lower potential GDP growth add to the short run policy challenges. While some structural reforms may support confidence and the recovery, especially if they manage to lay the foundations for more sustainable and inclusive growth going forward, the legacies of the pandemic cloud an already uncertain outlook for the region.”

Facebook
Twitter
Pinterest
WhatsApp
Previous articleBar operations at St. John’s Police Station restricted as Health authorities conduct contact-tracing investigations
Next articleLatest polls show that the ULP is on course to win 11 of the 15 seats in St Vincent and the Grenadines