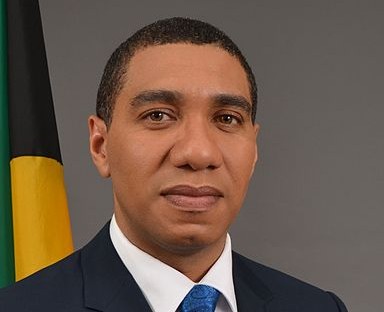 Despite experiencing a five-point decrease in support over five weeks, the Jamaica Labour Party (JLP) is still regarded by most respondents in the latest Bill Johnson poll as the party that would do a better job of governing the country by a two-and-a-half to one majority.

At the same time, the governing JLP — which has also seen a slight slippage in its favourability rating over five weeks between two polls conducted by Johnson for the Jamaica Observer — is more favourably perceived than the Opposition People’s National Party (PNP), by almost a two-to-one margin.

The five-week band also saw the Government taking a 14-point hit in its positive performance rating, which Johnson attributed to growing concerns about the number of COVID-19 cases in the country.

Johnson’s latest poll, conducted August 21-23 among 1,000 voting-age Jamaicans, has a sampling error of three per cent and follows on two previous surveys conducted July 9-12 and March 12-5. The July and March polls canvassed 1,200 people each and have a sampling error of 2.5 per cent. The March poll, however, was not published due to the COVID-19 outbreak in the island.

Johnson said that when his researchers asked voters in August to say which of the two parties they think would do the better job of governing Jamaica at this time, 55 per cent said the JLP, 22 per cent chose the PNP, 22 per cent were undecided, and one per cent refused to answer.

In the July poll, the numbers were 60 per cent JLP, 17 per cent PNP, 22 per cent undecided, and one per cent refused, while in March the results were 51 per cent, 12 per cent, 28 per cent and three per cent, respectively.

“The JLP’s lead over the PNP in terms of which party would do the better job of governing the country has been cut from 43 points in July to 33 points today,” Johnson stated.

He also said that concerns about the latest spike in novel coronavirus cases in Jamaica “appear to be taking their toll on perceptions of the performance of the Government. Sixty-three per cent now rate the overall performance of the Government as either ‘good’ or ‘very good’, which is a drop of 14 points compared to 77 per cent in our July survey”.

However, the veteran pollster said that, despite the decrease in perceptions of the Government’s performance, “a significant majority continue to have a favourable opinion of the Jamaica Labour Party”.

He also noted that “overall negative perceptions of the People’s National Party have basically flatlined since our previous surveys”.

Facebook
Twitter
Pinterest
WhatsApp
Previous articleFenton Ferguson and those battles with the Charles family
Next articleABLP hopeful, Cochrane, claims credit for spurring on other potential candidates in All Saints East and St. Luke