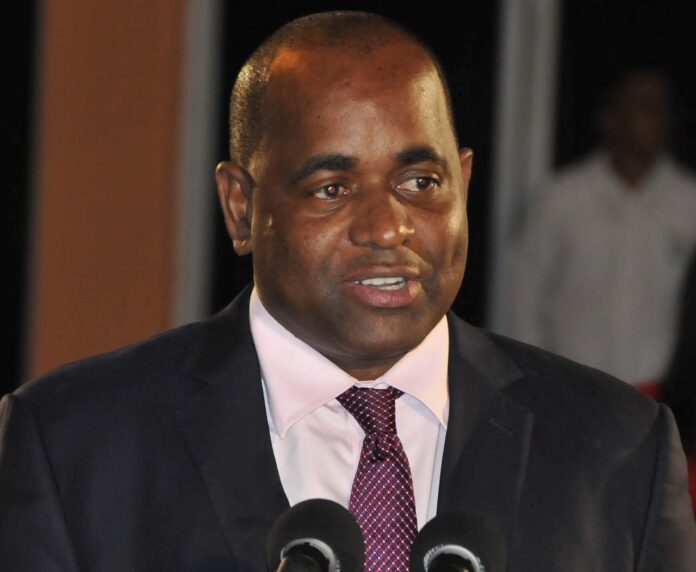 Shock and confusion hit the island of Dominica last evening when Prime Minister Hon. Roosevelt Skerrit announced the decision to step down from his role, dissolve the entire parliament, and hold snap elections in exactly one month- December 6th . Calling for a complete reset of the Dominica, Skerrit said that new candidates will be announced this week.

This, as the island was being battered by an unsuspected bout of heavy rains, flooding, and landslides. Reports stated that two deaths occurred as a result of the raging rivers and disastrous landslides. Several communities have since been cut been cut off and significant damage reported to homes, roads, bridges and other infrastructure.

Trumpet understands that when residents received the alert of the Prime Minister’s surprise address at about 8pm, they immediately expected him to discuss the terrible weather situation and plans to render help to the communities in need of it; Which he did, and announced that everything would be done to assist the east and south islanders.

However, the focus of his address was on his intent to step down as the leader of the country.

“On this occasion of National Reset, I have listened to the views of all, and I have made a personal decision, which I have shared with some of my party elders. You have given me a mandate that constitutionally allows me to remain in office as your Prime Minister until April 2025. I do not intend to go beyond that date.” he said.

“I have run my race and I intend to finish the course, with Dominica safely on the back of sustained progress and prosperity. That is why I am calling for a National Reset.” he announced.

He went on to say that he had already advised the President todissolve the current parliament of the country effective immediately.

A fresh writ is to be issued on today Monday 7th  November, the DLP will reveal it’s new-look slate of candidates tomorrow Tuesday 7th , and Nomination Day will be on Friday  18th November.

Following his address, the city of Roseau became alive with loud motorcades. Almost instantly, there were loudspeakers announcing the elections, urging voters to make the ‘right choice.’ Most of these, however, were by the DLP, as the UWP seems to have been also caught off-guard.

People also took to social media to share their views on the matter, most of which were absolute shock and suspiciousness as to why the Prime Minister decided to make this sudden decision.