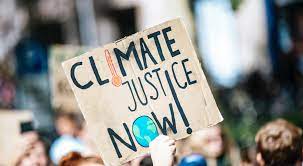 On September 23, at the 77th Session of the United Nations General Assembly, the Prime Minister of Antigua and Barbuda, Gaston Browne, made a clear and unequivocal statement, concerning the impact of Climate Change.

He said: “Mr. President, the effects of global warming are universal; they reach every country. But it is vital that we all understand that, in as much as global warming is universal, its damaging effects are not the same; the burden falls mostly on the poor in small developing nations, such as mine. That is why, as the representative of the people of Antigua and Barbuda, I must stand up for their rights; including their right to livelihoods and to life.”

Prime Minister Browne continued: “My voice cannot be stilled while danger gathers in the skies above my small and vulnerable country.  I have no choice but to fight unrelentingly for climate justice”.

The statement by the Antigua and Barbuda leader resonates with all leaders of small island states across the world who are frustrated with the failure of the world’s worst polluting nations to honour their pledges to provide funds for adjustment and for building resilience to the extreme weather conditions, which their actions are causing.

More particularly, the leaders of small island states are demonstrating their readiness to fight back in the face of disregard for the persistent loss and damage they are experiencing without any effort to compensate them.

Thus, Vanuatu is seeking the approval of the UN General Assembly, during this current session, for an opinion by the International Court of Justice on the rights of present and future generations to be protected from the impacts of climate change.

Similarly, Antigua and Barbuda along with Tuvalu, Palau, and Niue have established the Commission of Small Island States on Climate Change and International Law (COSIS), which is registered with the UN.

The objective of the Commission is to seek an advisory opinion directly from the International Tribunal for the Law of the Sea (ITLOS) on compensation for persistent loss and damage caused by Climate Change.

The Vanuatu initiative, and the Commission established by Antigua and Barbuda and three other small islands, reflect their joint frustration with the failures of the COP process to address the damage being done to small countries.

The efforts of these small countries are winning active support from international legal experts.  A team of 17 highly regarded international lawyers has joined COSIS to provide legal advice on the approach to ITLOS.

But there is still a long road ahead before the Ecocide definition could be adopted by the court. One of the court’s 123 member countries would need to submit the definition to the United Nations Secretary-General, triggering a formal process that could lead to an amendment of the Rome Statute, which sets the court’s rules.

There would, of course, be great opposition to this by the world’s greatest polluters. Consequently, enormous pressure would be put on small states not to pursue any of the legal initiatives now being contemplated by Vanuatu, by Antigua and Barbuda, Tuvalu, Palau and Niue, and by The Ecocide Foundation.

However, as I told a “Virtual Islands Summit 2022 Symposium”, organized by the Stop Ecocide Foundation on September 29: “Something has to give in this unlevel playing field in which small island states and low-lying coastal states are made to suffer.  The peoples and governments of small island states cannot sit back while their countries are destroyed and they, themselves, are dislocated from their homelands”.

A global alliance of small island states and states with low lying coastlands can be a powerful global force for the protection of each other, and of all life on Earth.

It calls for Caribbean countries, especially the most vulnerable such as The Bahamas, and the smaller islands of the Eastern Caribbean, to join the COSIS and Stop Ecocide initiatives.  These countries have the most to lose; therefore, they must fight the hardest.

The destruction wreaked by Hurricane Fiona in the Eastern Provinces of Canada, and the decimation and loss of lives in Florida and South Carolina in the United States, over the last two weeks, should, at last, persuade the remaining doubters in governments and industry, in these two countries, that their present circumstances are bad, and their future will be worse unless they also take immediate action.

Prime Minister Browne spoke for the peoples of all small states when he told the UN general assembly: “My voice cannot be stilled while danger gathers in the skies above my small and vulnerable country”.

There is a global train for climate justice that is now running on an international railroad; all small countries should board it.