St Kitts and Nevis: When will the April 25, 2022 Resolution of No Confidence be tabled and debated? 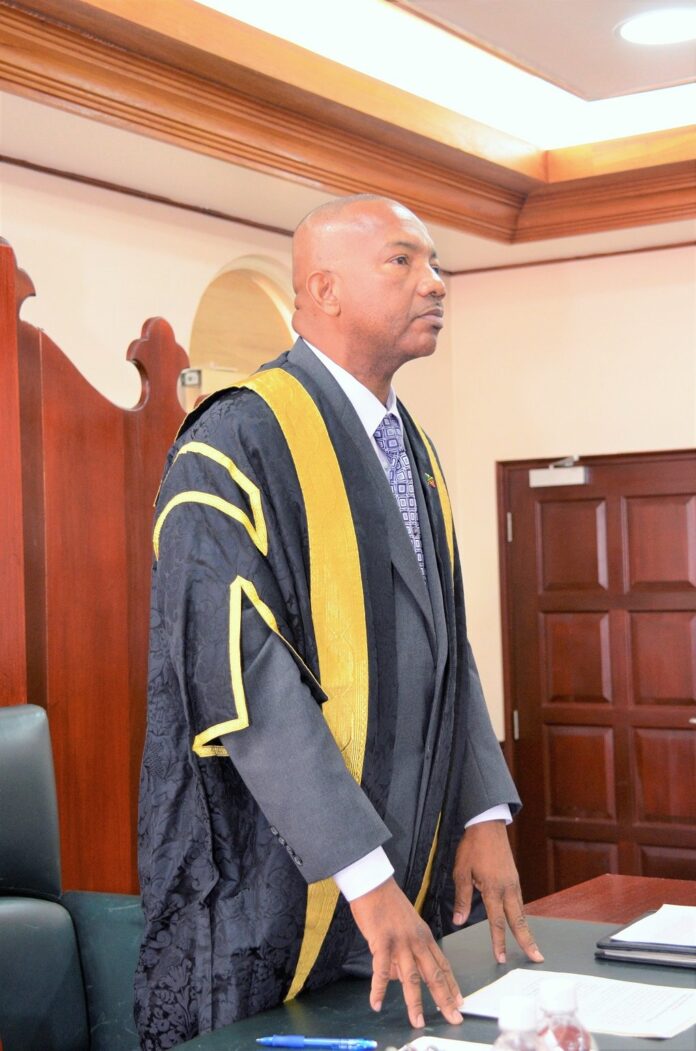 St. Kitts and Nevis (WINN): A Resolution/Motion of No Confidence filed on April 25, 2022, by Deputy Prime Minister Hon. Shawn Richards still awaits action by the Speaker of the National Assembly Hon. Micheal Perkins.

Efforts to reach Speaker Perkins for comment on the progress of his review and advice sought have been unsuccessful.

There is an ongoing and vigorous debate in the Federation on whether the Resolution/Motion is valid considering that it was filed “for a Vote of No Confidence in the Government…caused by the poor Leadership of [the Prime Minister]” by the Deputy Prime Minister, with the support of other Ministers of government. Such action is unprecedented in the political history of St. Kitts and Nevis.

Speaking on WINN FM’s popular Inside the News program on Saturday (May. 07) Attorney-at-Law Mr. Chesley Hamilton gave his opinion on the matter.

“If the clock begins when the Speaker accepts or receives it, and that individual goes away and hides or has passed away, you cannot file? It makes no sense. I am simply saying to you that the Speaker is an office and when you file with the clerk, you file something with the office and that’s when it is stamped and recognized, and therefore that is what you take as evidence to indicate that you properly filed something with the Speaker’s office. If it depends on the Speaker to acknowledge or recognize…again, you are saying that the Speaker can procedurally frustrate the will of the elected representatives of the people.”

WINN FM understands that some local Attorneys-at-Law are arguing the contrary: that the official countdown of 21 days for the hearing of the Resolution/Motion of No Confidence only begins when the Speaker officially accepts and recognizes it.

“With the passing of the Motion of No Confidence Bill, 2019, in the National Assembly, the Team Unity-led Government of St. Kitts and Nevis took a major step in strengthening the parliamentary life in the twin-island Federation,” so notes a St. Kitts and Nevis Information Service (SKNIS) article penned September 20, 2019.

The SKNIS continued: “Prime Minister Harris indicated that such a legislation was only made necessary after the former Denzil Douglas administration refused to table a Motion of No Confidence filed against it by then Leader of the Opposition Mark Brantley on December 11, 2012.”

Prime Minister Harris, in a St. Kitts and Nevis Observer article dated January 05, 2019, is quoted as saying “Three Motions of No Confidence filed between 2012 and 2013 never saw the light of day for debate in Parliament…A Speaker of the hallowed chamber did not budge para nada to schedule them on the Order Paper for debate and vote as a matter of urgency and without undue delay.”

In a High Court Judgment issued in November 2017 arising from legal action brought by Prime Minister Harris because of the 2013-2015 delays in the then Speaker tabling the Resolutions of No Confidence in Dr. Douglas’ Labour Party Government, Justice Pearletta E. Lanns, concluded that: