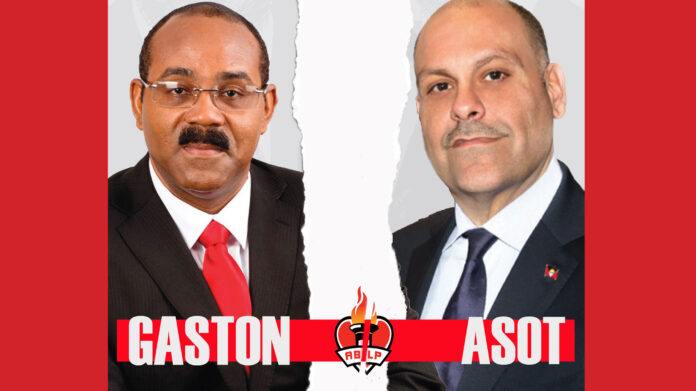 Again, and Again and Again… It is the third time in less than 18 months, that the High Court has stopped moves by the leadership of the Antigua and Barbuda Labour Party (ABLP) to prevent Hon. Asot Michael from functioning as the duly elected parliamentary representative of the St. Peter Constituency.

The latest defeat for the ABLP leadership came on 17th February 2022 in a ruling by Justice Jan Drysdale, who refused an application by ABLP General Secretary Mary-Clare Hurst and Chairman of the purported ABLP disciplinary tribunal Lionel ‘Max’ Hurst to strike out the proceedings brought by MP Michael and discharge the long-standing injunction against the executive members of the ABLP.

According to the court order entered on 21st February 2022, “the application to Strike Out is hereby denied” and “the interim injunction shall continue until the determination of the substantive matter or until set aside”.

In November 2020, a High Court Judge restrained General Secretary Mary-Clare Hurst, and others in the leadership of ABLP from proceeding with a number of “disciplinary” actions in their campaign to sideline the St Peter MP from the ABLP.

Specifically, the ALP leaders were restrained from proceeding with a disciplinary tribunal, MP Michael alleged was created and operated contrary to the ABLP Constitution. He claimed it was all just an attempt to have him expelled from the ABLP.

The Court not only found understanding in his argument but also later in 2022 again imposed yet anther injunction against the ABLP leadership specifically (i) preventing them from removing Asot Michael from the ABLP; (ii) preventing Asot Michael from functioning as the duly elected member to the House of Representatives for the Constituency of St Peter within the party structure; and (iii) preventing Hon. Michael from carrying out his functions as the duly elected representative of the constituency of St. Peter within the ABLP.

The court orders, which remain in force, also specifically restrain the ABLP leadership from excluding MP Michael from Central Executive Meetings of the ABLP.

When speaking to MP Michael, he welcomed the reinforcement of the injunction granted in his favour and sees it as further vindication of his decision to take legal action against the leadership of the ABLP for the unlawful attack on his rights as a member of the ABLP and duly elected Member of Parliament for the St Peter Constituency. He expressly stated that Court was the last place he wanted take his Comrades but their actions and silence towards him left him no choice.

The four term Parliamentary Representative for St Peter says: “The ABLP Constitution provides that the Constituency Branch shall be responsible for the election of a candidate for General Elections whenever it becomes necessary”. It is not a responsibility given to any individual or group of persons seeking to subvert the constituency will for their own selfish reasons”.