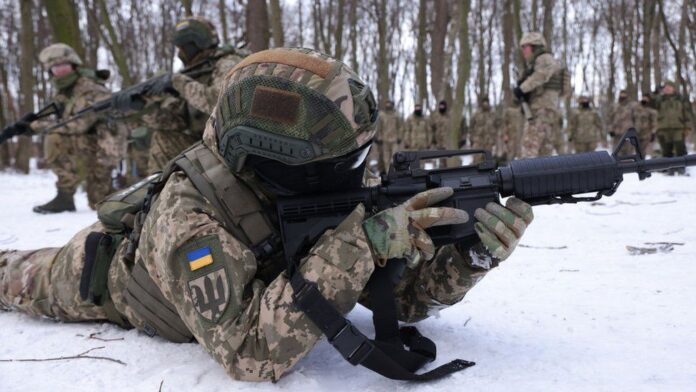 Fears are growing over what is seeming to be an inevitable war between Russia and Ukraine, and UK Prime Minister has sent a warning to Russia that their planned invasion could be bloody and disastrous.

Recently, Ukraine demanded a series of security guarantees from the West, including an end to Nato expansion but Nato has refused to provide these guarantees, on Monday saying that it had placed forces on standby and was reinforcing eastern Europe with more ships and fighter jets.

The United States and Europe are also bolstering their support for Ukraine, with the US sending weapons and the EU promising “never seen before” economic sanctions as it meets on Monday.

Meanwhile, Russia denies planning an invasion, but has vowed it will “respond appropriately” if the US deploys more troops in Eastern Europe and the Baltic countries.

World leaders speak on the situation

Prime Minister Boris Johnson stated that the situation was “pretty gloomy on this point “adding also that a war was not inevitable.

US President Joe Biden said: “Do I think he’ll test the West? Test the United States and Nato as significantly as he can?

“Yes, I think he will but I think he’ll pay a serious and dear price for it. He’s never seen sanctions like the ones I promised will be imposed if he moves.”

White House press secretary Jen Psaki said: “If any Russian military forces move across the Ukrainian border, that’s a renewed invasion, and it will be met with a swift, severe, and united response from the United States and our Allies.”

Although Russia has continued to deny an impending invasion, the country is estimated to have more than 100,000 troops massed on its borders and said last week that its navy would stage a sweeping set of exercises involving fleets across four seas.

Moscow has also announced major naval and air force drills in several parts of the world this month “to protect Russian national interests in the world’s oceans and to counter military threats to the Russian Federation”, according to its defenceministry.

A Russian delegation source confirmed that political advisers from Russia, Ukraine, France and Germany would meet in Paris on Wednesday for talks on resolving the conflict in eastern Ukraine, in which some 15,000 people have been killed since 2014.