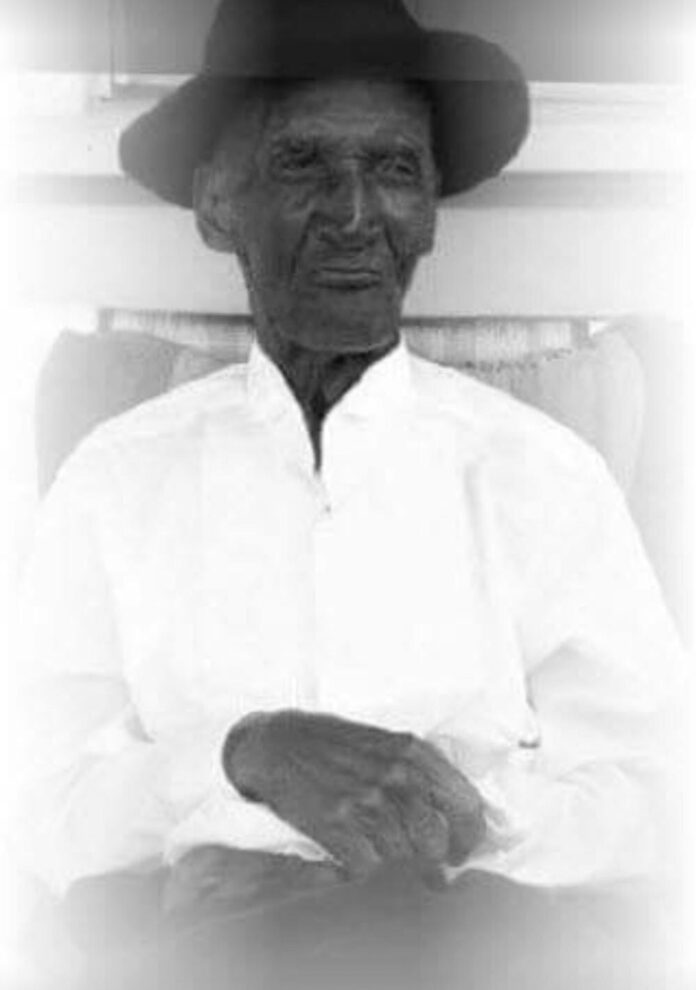 A compassionate heart, a euphonious voice and a diligent personality were just a few things that he possessed. His memory shall live on as long as his legacy. James Raymond Hughes- beloved relative and friend to some; and inspiration to all.

Also known as Raymond Hughes, he was born on June 14th, 1916 and became the country’s oldest living citizen in 2021. His parents were Jarvis Hughes and Fanny Brookes of Sea View Farm. The 10th of twelve children for his father, James spent all 105 years of his life in the Sea View Farm village. He was

In his early years, Mr. Hughes was an active member of the at the Lebanon Moravian Church where he was christened, confirmed in faith, and later married.  He spent his time assisting in various ways including ringing the church bell for Sunday morning service and collecting offering. He also enjoyed singing and possessed an amazing voice. It is said he would sing to anyone who would listen, especially family members.

Raymond was married to Christobelle Née Andrew- now deceased- and the two had eight children- four girls and four boys, two of whom are deceased. He was passionate about being able to provide for his family and worked various jobs including at the Antigua Sugar Factory.

On his farm, he would rear different types of animals- mainly cattle which provided milk for purchase and production of ice cream by Raeburn Family of Claremont Farm. Additionally, he would occasionally journey to Florida to work on farms harvesting apples and cherries.

His daughter Yvonne Hughes remembers her father to be kind and compassionate person.

“Daddy was in financial position, that most of the children attended private secondary schools. The family never knew of hunger. He was always able to provide because of his work in agriculture. He rarely got sick, as he was a person who believed in local bush, and so he was a remedy doctor for many persons. He was an ardent listener to the local nightly news on ABS television, with his favorite radio station been the Observer radio to the Serpent show. He was very opinionated and was never afraid to let you know how he felt about a matter, whether you were pleased or not, “she shared with the Antiguan Trumpet in an exclusive interview.

Later in life, his father became blind and needed a caretaker having lost his wife, and James dropped everything to take care of him up to the age of 99 years. It is no wonder that James was also blessed with a long and rewarding life.

In 2020, the street he lived on in Seaview Farm was renamed Raymond Hughes Drive in his honor.

Raymond Hughes passed away on January 6, 2022. His life will be celebrated today, 12, January. He leaves to mourn his family members, friends and the community of Sea View Farm who loved and embraced him dearly.