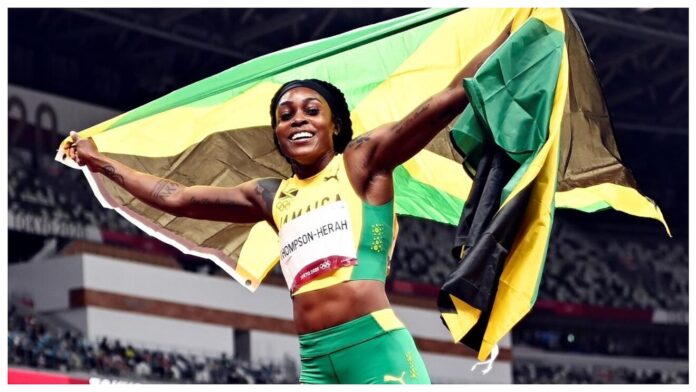 (Jamaica Observer) – Olympic Games sprint double champion Elaine Thompson-Herah has announced her split from the MVP Track Club, less than a month after rubbishing reports that she planned to sever ties with the club that has guided her career since 2014.

In a statement on Monday, the Jamaican sprint icon said she is “training independently and will continue to do so while I finalize all aspects of my team for the upcoming season.”

Just weeks after she ended her 2021 season, winning three gold medals at the Olympic Games in Tokyo, Japan, and winning her third Diamond League 100m title, news broke last month that Thompson-Herah had written to MVP advising them of her intention to cut ties.

There was also speculation that she was to be coached by her husband Derron, himself a former athlete, but Thompson-Herah said it was “rumours” and blamed the media for creating mischief.

“You know what the news media is like; I am the fastest woman alive, so they are going to try to create some form of news to try and distract the world,” Thompson-Herah told American journalists at the time.

In her statement Monday, she said she was considering all options available concerning her team. “I want to thank everyone for their support and express appreciation to those who have reached out in concern,” Thompson-Herah said.