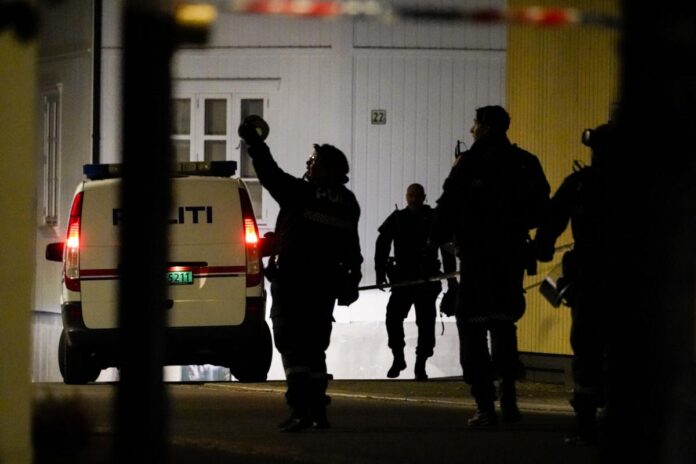 Five people were killed and two more were injured in Norway when a man assaulted a group of people with a bow and arrow.

The attack took place inside a supermarket. One of those injured was an off-duty police officer who was present at the time. Police received notification of an attack in the town of Kongsberg, southwest of Oslo, at around 18:13 local Norway time on Wednesday 13th October.

According to police, a person who appeared to have operated by himself was captured. The incident will be investigated to see if it was a terror act, according to a police spokesman.

Prime Minister Erna Solberg termed the incident as “horrifying.”  According to Reports, she stated at a press conference, “I understand that many people are afraid. However, it’s critical to stress that the cops are now in command.”

Authorities blocked off numerous portions of the town after the suspect roamed over a huge area. They also advised residents to remain indoors as they investigated the incident and gathered evidence.

After the incident, dozens of emergency vehicles arrived on the scene, including ambulances, police cars, and helicopters. The suspect has been transported to a police station in Drammen, Norway for questioning.

Norway’s Justice Minister Monica Maeland has been notified and is keeping a careful eye on the situation, according to a tweet from the ministry.

As a precaution, the country’s police directorate has instructed all officers to carry firearms. In most cases, police officers in the country are not armed.