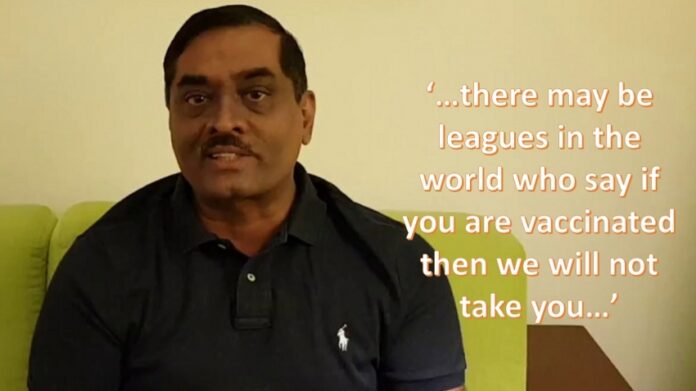 SportsMax- Dr. Akshai Mansingh, a member of Cricket West Indies (CWI) Medical Advisory Committee, has cautioned that unvaccinated players could eventually find it difficult to take part in leagues around the world as more of the global population gets vaccinated.

At current, there are no cricket leagues around the world that require players to be vaccinated in order to take part in a competition.  However, with the risk and expense attached to the current model of staging tournaments in a biosecure environment and increasing evidence of the positive effect of vaccination on preventing the spread of the virus, there is no guarantee things will stay the same.

At current, a few members of the squad have taken the vaccine, but some remain hesitant at this point in time.  Mansingh pointed out that it was the duty of the medical team to educate the players on the risks and benefits of getting vaccinated but, at the end of the day, the freedom to make individual choices had to be respected.  He speculated, however, that the choices could plausibly, in the near future, affect an individual’s ability to earn income.

“We live in a free society, and we have to respect the decisions of people.  But there may be leagues around the world who say if you are not vaccinated then we will not take you and that is when personal decisions will have to made,” Mansingh told the Mason and Guest Radio program.

“We allowed people to opt-out of bubbles that we knew were safe and some of the people that opted out at that time made a completely different choice when they went to India, which was the second most infected country in the world.”