HomeBusinessEducation, Technology and the Transformation of Work in the CARICOM Region
BusinessEmploymentFeaturedGadgetsHeadlines That MatterLocalRegionalTechnologyWorld News

Education, Technology and the Transformation of Work in the CARICOM Region 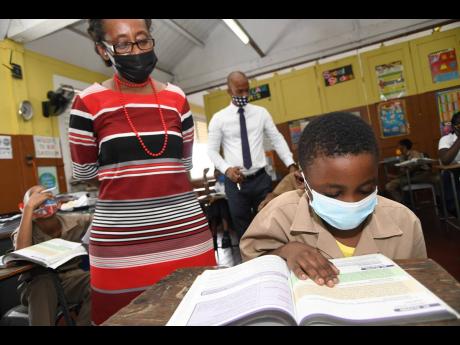 Caricom Today – May is the month in which the spotlight is shone on labour, the world of work. May 1, May Day, in many countries, including in Member States of the Caribbean Community (CARICOM), was International Labour Day. Labour Day was commemorated on May 24 in Jamaica. This Day is actually dedicated to workers and to promoting their rights and interests.

The Director General of the International Labour Organization (ILO), Guy Ryder, in his statement on May 1, stated that the COVID-19 pandemic has devastated the world of work, destroying jobs, enterprises and livelihoods, throwing millions into poverty and global development into reverse.

He called on workers, employers, governments and international organizations to join forces, in building back better, to bring a world of work with justice and dignity for all. The ILO, now holding its 109thConference virtually, has also pointed to how rapidly COVID-19 has transformed the world of work with people working from home and digital labour platforms increasing rapidly worldwide.

In CARICOM, in this regard, two things have been on my mind, the impact of COVID-19 on the labour force and on education. The issues actually pre-date COVID-19 and have simply been exacerbated by it.

UNESCO has said that the pandemic exposed and deepened pre-existing educational inequalities that were never adequately addressed and has impacted vulnerable and marginalized children the most. A major issue has been bridging the digital divide as nearly half of the world’s population still lack computers and internet connectivity making remote learning extremely difficult.

It is said that connectivity has become a key factor in guaranteeing the right to education and it is also a key factor in keeping many employed, while it might also be eliminating some jobs. The issue of connectivity and use of technology will determine how many people are able to participate in and benefit from the future world of work.

As elsewhere in the world, the CARICOM countries are grappling with the challenge of education with schools being closed for more than a year, limited access to technology, technology aversion, and the impact on the work environment.

Studies have shown that a number of CARICOM Member States still lack the educated workforce that the new age of work, knowledge and technology driven, requires. In Guyana, in 2019, the majority of the labour force, 49%, had a primary level education and, in Belize, in 2018, it was 37.1%.

In Jamaica, with a high percent of the labour force attaining secondary education, in 2018, 69% had left school without required passes in examinations. This was an improvement from 81% in 2002.  Barbados and Trinidad and Tobago, where education to the tertiary level was fully funded until recently, the majority of the workforce attained secondary education and the assumption is that most achieved the required passes in examinations.

The same applies in the Bahamas where 22 % of the work force was listed as having no qualifications. On average, far fewer persons had qualifications at the tertiary level, which should provide improved employment opportunities. This was well below 10% in some countries. Again, Barbados and Trinidad and Tobago had the highest percentage of the labor force with tertiary level education.

The rates were much lower in Jamaica and Guyana. Recall too that migration at the tertiary level is still very high especially in these countries. On the gender level, across the region, girls/women are performing better than the boys/men at the secondary and tertiary levels. Youth unemployment also remains a serious problem across the region.

CARICOM countries, while having a good literacy rate, still have a long way to go in investing in human resource development to have a labour force, in all countries, capable of meeting the requirements for the digital age and high end jobs in services and the green economy.

For both education and work, remote learning and working, internet connectivity remains a handicap in some countries. CARICOM Heads, at their intersessional meeting in February, called for the region to expedite the establishment of the Single Information, Communication and Technology (ICT) Space as well as enhanced access to broadband, among other things.

An article in CARICOM Today, dated May 20, 2021, informs that fast-tracking digital transformation in CARICOM will be the main objective of an upcoming Special Meeting of the CARICOM Council for Trade and Economic Development (COTED) on ICT. The meeting will consider and approve a draft short-term plan for fast-tracking digital transformation. As said before, this, as with much in CARICOM, has been on the agenda for many years.

In CARICOM countries, there is concern about the state of education delivery in the time of COVID with the fear that children will be set back many years in their education with schools being out, lack of electronic devices and poor internet connectivity. We have to hope that the economic crisis will not lead to an unintended further reduction in budgets, especially in education and human resource development.

This will not help the region’s goal to improve education, upgrade the training of the labour force, and being able to create jobs at higher levels of the employment and salary scales. Thus, the region’s participation in the transformation of work and in the building back better process would be at even greater risk.