HomeBusiness34 million jobs lost in Latin America and the Caribbean due to...
BusinessEmploymentHeadlines That MatterLocalRegional 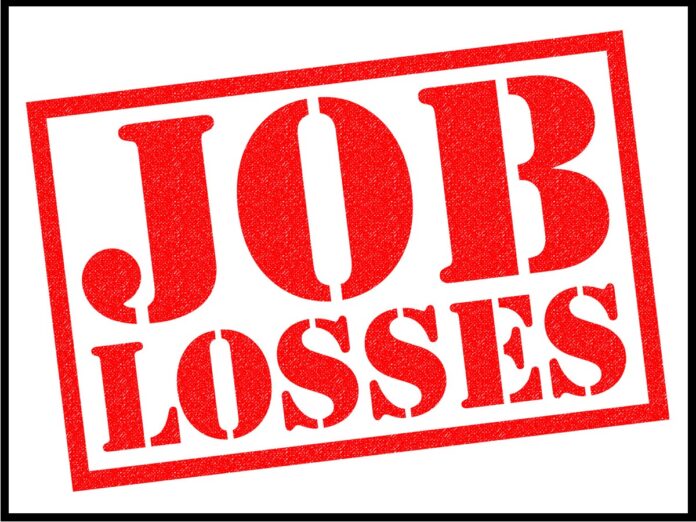 The International Labour Organization (ILO) has warned of the need to adopt immediate strategies to face the labour crisis caused by COVID-19 which has led to the loss of at least 34 million jobs in Latin America and the Caribbean. The situation could generate an amplification of inequalities in the region even as early indications of recovery have been observed in recent weeks.

“We face an unprecedented challenge, that of rebuilding the region’s labour markets, which implies facing structural failures that have worsened with the pandemic, such as low productivity, high informality, and inequality of income and opportunities of decent work,” said Vinícius Pinheiro, Director of the ILO Regional Office for Latin America and the Caribbean.

During a press conference on Wednesday, the ILO released the second edition of its “Labour Overview in times of COVID-19: Impacts on the labour market and income in Latin America and the Caribbean “, in which it warns of “the drastic contraction of employment, hours worked and income.”

The report also highlights that as of the third quarter of 2020, a recovery in the levels of economic activity is detected and the first data reveal a beginning of recovery in employment and a return to the labour force.

“Preliminary signs of recovery are positive news, but the impact of COVID-19 on work and business was enormous, and the road ahead is long. It is essential to re-launch the bases for the reactivation of the economy with health security, ensuring favourable conditions for the operation of businesses and for the creation of more and better jobs,” said Pinheiro.

The Labour Overview says that during this crisis “34 million workers lost their jobs (some temporarily)”, according to available information from nine countries that represent more than 80 per cent of the economically active population of the region. The employment rate reached 51.1 per cent in the first quarter, representing a strong reduction of 5.4 percentage points compared to the data for the same period of the previous year, which represents “a historical minimum value.”

But the ILO analysis also warns that “declines in employment were not fully reflected in increases in the unemployment rate due to massive departures from the labour force.”

These exits from the workforce or transitions to inactivity were reflected in the fact that the labour participation rate also registered an unprecedented drop, falling from 61.3 per cent to 52.6 per cent between the first and second quarters of this year. This meant that 32 million people stopped being economically active.

Regarding the unemployment rate, the report says that this average indicator for nine countries with available information was 11.5 per cent during the second quarter, 2.2 percentage points higher than in the first quarter of this year. This implies that around 2 million additional people lost their jobs and continued looking for employment.

Net outflows of the workforce to inactivity account for 94 per cent of the total job losses from the COVID-19 crisis. The remaining 6 per cent translates into increases in the volume of unemployed people.

“If the persons that lost their jobs had remained within the labour force (as unemployed) the impact on the unemployment rate would have been significantly higher,” says the ILO report. The same has happened with informality, which according to available data has decreased in some countries, because people go into a situation of inactivity due to difficulties in finding work.

But both the unemployment rate and the informality rate could rise as the reopening of activities takes place and demand reactivates. Those who left the workforce due to COVID-19 constitute a “potential labour force that will surely return to seek employment.”

On the other hand, the report has warned about the possibility that in this recovery scenario the gaps will increase. “The deficit of formal work will become more evident for certain groups of workers such as young people, women and adults with lower qualifications,” the ILO highlighted during Wednesday’s press conference.

The ILO report also says that other indicators help to measure the impact of the labour crisis in Latin America and the Caribbean.

The latest estimates show that Latin America and the Caribbean is the region with the greatest contraction in working hours in the world, with an estimated loss of around 20.9 per cent for the first three quarters of 2020. This figure is almost double the global estimate of 11.7 per cent.

On the other hand, “income from work contracted by 19.3 per cent”, well above the world rate of 10.7 per cent.

“An inequality that has worsened in this crisis is between those people and families that continue to receive all or part of their income and those that do not,” says the ILO.

“Given that labour income represents, on average, between 70 per cent and 90 per cent of total family income, these reductions lead to strong losses in monetary resources obtained by households with significant impacts on poverty levels,” the report adds.

“The contractions in employment have not been of equal magnitude for different population groups,” says the report. “In all cases, it is observed that more women than men, and more young people (up to 24 years) than adults, have suffered in relative terms, a loss of employment with greater intensity.”

The Labour Overview warns that “this crisis would be exacerbating the high levels of inequality that existed before the outbreak of the pandemic.” The workers most affected by the crisis are among the poorest sectors of the population, with informal jobs or in a situation of disadvantage and vulnerability.

The report highlights that countries in the region have adopted combinations of measures aimed at protecting jobs, income and companies after the COVID-19 crisis broke out. But at the same time it reminds of the unprecedented magnitude of the economic recession being faced with an extension that will necessitate a virtual reconstruction of the labour markets.

“The early adoption of strategies that continue to mitigate these impacts and that underpin the recovery will be key. It is also essential to strengthen labour institutions, particularly with regard to active labour market policies,” says the report.

And it highlights that “the crisis opens the opportunity to restructure labour and social protection institutions”, as well as “structuring a comprehensive employment policy that accompanies or is part of the economic recovery strategy.”

“It is essential to strengthen the mechanisms of social dialogue for the conclusion of national pacts or agreements that point towards a recovery with productive transformation, formalization, universalization of social protection and just transition towards more sustainable and inclusive development models,” added Vinícius Pinheiro.

This month, the ILO Regional Office for Latin America and the Caribbean began publishing a “Labour Overview in the Times of COVID-19” that covers both the analysis of the regional situation and studies on the impact of the crisis in specific sectors, as well as national documents or “Technical Country Notes”.