Patriotism is not Nationalism. Do not confuse the two! 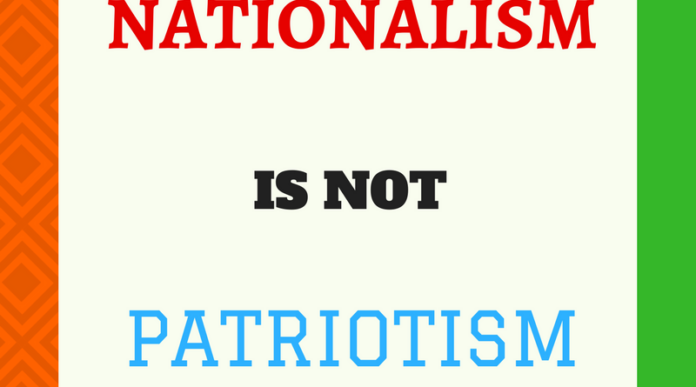 There is an odd tendency that we have to conflate the term ‘patriotism’ with that of ‘nationalism’, or its more sinister manifestation ‘xenophobia’. The distinction is one based on us versus them pretentions that do not serve to bolster national well-being. Recent manifestations of this muddling can be seen in the discussions surrounding the recent murder of 44-year-old Nigel Christian who was brutally shot dead in what appears to be an orchestrated hit on his life.

We are told that we should express ‘confidence’ in local police services to investigate the murder without the invitation of outside influences such as the Scotland Yard, the FBI or the Canadian Mounties. Any such calls are an affront to the professionalism and dignity of our local police force and should be swiftly rejected as being ‘unpatriotic.’ Sadly, in falling prey to this confusion, efforts to arrest the perpetrators of this heinous act are being undermined by those who tout sacrilege and not commonsense.

Let’s be clear, it is not patriotic to resist help; its chauvinistic and ego-driven. Perhaps a more thorough definition of the term ‘Patriotism’ versus ‘nationalism’ might assist us in clarifying the problem. As per Merriam Webster, ‘patriotism’ means  the love or devotion one has to one’s country whereas, ‘nationalism’ means the exalting of one nation above all others and placing primary emphasis on promotion of its culture and interests as opposed to those of other nations or supranational groups.

The suggestion that Antigua and Barbuda should elicit help from other countries who are willing to assist us is in no way a diminution of the contribution made by our excellent men and women in the Royal Antiguan and Barbuda Police Force. If anything, it recognizes the extraordinary nature of the task which lies ahead and in so doing wishes to equip them with as much help as possible. Not only that, but there must be sensitivity to the fact that Mr. Nigel Christian was no-ordinary murder.

Many sources have suggested that the circumstances surrounding his death are quite peculiar. Peculiar in that it comes on the heels of another shooting of a customs official, Cornell Benjamin – 46, who suffered gunshot wounds to both his legs during a probe into missing funds from the Customs and Excise Division.

That, coupled with the Prime Minister’s own admission that his signature was forged in the alleged fraud at Customs suggests that the government of Antigua and Barbuda is entangled in this web of mystery surrounding the shooting of these two individuals in ways that do not aid sleep.

While no aspersions are cast on any one, and certainly we hope that every effort will be made to ensure that this investigation occurs without taint or misstep, we should be very careful to ensure that our processes are transparent and that no vested interest can exert undue influence. Therefore, using outside persons without political, governmental, or even local knowledge might be helpful.

They bring objectivity and impartiality along with first world resources that could only serve to enhance the investigation. Their role would be to work alongside local law enforcement and provide the necessary manpower and technical skill needed to assist in the investigation. Certainly no one is suggesting a replacement or usurpation of the authority of the domestic police force.

We recognize and applaud the hard work of our police and wish them well as they execute their duties. Rather, the suggestion is that ego and pride should not get in the way of clear thinking. Belief in oneself does not mean go it alone and suggestions to the contrary are wholly unproductive.