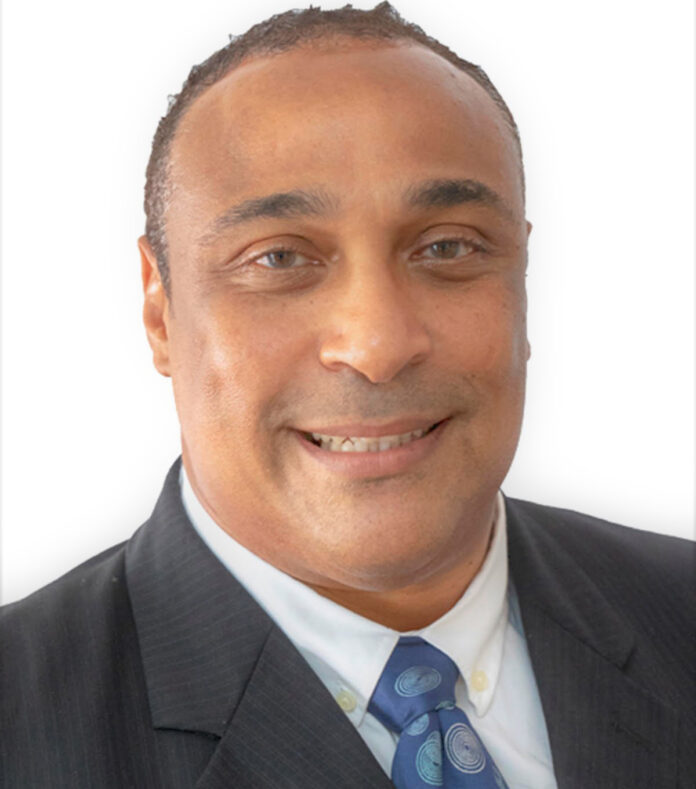 On behalf of the United Progressive Party (UPP), the Political Leader, Harold Lovell, is pleased to name another four members of the slate expected to contest the upcoming General Elections.

Their brief biographies are attached for your perusal and publication.

Born into the “First Family of Politics,” Sean Bird’s earlier leanings were toward the law, as can be determined by his tertiary education:

However, he is now utilizing his business skills as General Manager of Grenville Radio Ltd., the station founded by his father.  There, he has implemented a new standard of procedures and policies; restructured staff to boost morale and productivity; and increased service, accountability and profitability.

As part of the Concerned Christian Coalition, whose objective was to advocate for a healthy society, Sean worked as an organizer and advocate for a pro-family movement.  It ensured that women at risk were helped and their concerns were heard.  He also served as mediator for families with various social issues; promoted and brought to Antigua the 4th World Congress for the Family (2017); and advocated and  facilitated a feeding program.

In similar vein, his volunteer activities have focused on working with various non-profit organizations in food collection and distribution.  He has also contributed advertising and sponsorship, as well as produced and directed fundraising events.

“My service record demonstrates a desire to lead and positively impact,” Sean says, and this dovetails seamlessly with the United Party’s People First credo.

“There must be a passion about service because, in this current political climate where all types of hatred prevail, there has to be  recognition that the new leaders must become agents of change,” he adds.  Sean sees himself as one of those agents and the United Progressive Party as the vehicle for the change this country sorely needs.

He believes that “a diversity of viewpoints can combine wisdom and experience with creativity and ingenuity,” and this is what he finds most appealing about the UPP: the mixture of seasoned politicians with the freshness of new faces and novel ideas.  In other words, its grounded past with its visionary future in which he intends to play a part.

Senator Johnathan Joseph was born – and still lives – in the constituency he represented in the 2018 elections.

His native village has also been the cradle of his education, since he spent his early years at the Jennings Primary School and then graduated from the Jennings Secondary.

Shortly after, he was employed as a teacher by the Ministry of Education and remained in the profession from 1991-2004.

Ambitious and energetic, at the same time Joseph also worked at the Royal Antiguan Resort.  He began in the kitchen in 1991 and worked his way up to Evening Manager, holding that position until the property was sold in 2017.  He was also employed as the Campus Manager at the University of Health Sciences Antigua (UHSA).

Known as the “Break Every Chain Man” since his electrifying entry into elective politics, Senator Joseph has made his name as an advocate for the elderly and as both a preacher and talk-show host on Progressive 107.3 FM/Crusader Radio.  And within the Party, he is recognized as the ultimate team-player.

Married, with one daughter, Joseph is a devout and committed Christian in the Seventh Day Adventist faith.   An Ordained Elder in his local congregation, he has also served the church in other leadership capacities and is very active in his community.

Senator Joseph possesses both youthful energy and maturity.  He has vision, experience and ability to lead in this 21st century.  As an effective community builder for over two decades, he is a passionate advocate of sustainable national development.  And as a member of management and various boards, he has worked tirelessly for transparency and accountability.

He understands the problems facing Antigua and Barbuda, and knows that, as a country, we can do better.  Accordingly, he believes that with bold leadership and its clear action plan, the UPP is the best hope for delivering the Nation and rescuing its People.

Corthwright Marshall, a longstanding member and officer of the UPP, is on his second mission to capture the St. Mary’s South seat that he narrowly missed in 2018.

A consummate “South Man,” he brings to the constituency a people-focused and community-centric approach.  He is a strong believer in self-help and self-sufficiency, whether it is in agriculture or in sports, two areas in which he continues to demonstrate his interest and involvement.

“Corty,” as he is affectionately known, currently serves as the Party’s Public Relations Officer, and decades of institutional knowledge – of the UPP and of the broader political landscape – reside with him.  He is a regular presenter at meetings of The Movement and on Progressive  107.3 FM’s programmes Face to Face and Night Call.

As he once said, modestly, in a radio interview, he is qualified to serve wherever he is assigned. He proved this already during the UPP’s tenure in office, when he served, with distinction, as Director of Tourism, Policy and Planning.  Regionally, he took his place on the Board of Directors and the Executive Committee of the Caribbean Tourism Organization (CTO), chairing both for two years.

Marshall also spent almost a decade as a member of the Inter-Ministry Consultative Committee on the CARICOM Single Market and Economy (CSME), earning his stripes in the area of Trade and Finance. Other positions included directorships on the Hospitality Training Institute; the Investment Authority; the Airline Licensing Board; and the Board of Education.

Corty continues to preach that politics is about creating opportunities – not for politicians, but for The People. These include decent housing, meaningful education and employment prospects, and modern health care.  And his watchword continues to be PRIDE: Prosperity, Responsibility, Inclusion, Development and Empowerment to the Community.

Pearl Quinn Williams rose to national and regional prominence when she championed the cause to retain the Privy Council as this country’s final court of appeal in the lead-up to the 2018 Referendum.

Her slogan, “Trust is a Must,” became a rallying cry for the reform and overhaul of the justice system before any consideration of transitioning to the Caribbean Court of Justice (CCJ) .

Quinn Williams is a retired professional with 28 years of experience, training, and certification in the full spectrum of personal and business banking.

Among the senior posts she has held, she takes most pride in her position as Business Banking Officer.  This is because it allowed her to assist scores of small- and medium-sized business owners, advising them on loan facilities, finance, commerce and business management.

As one of the top Personal Banking Loan Officers in the region, Quinn Williams was selected for a one- year assignment in Anguilla, where she re-introduced personal lending to that market.  She has also trained new staff in personal and business lending products and services, acquiring a number of awards over her career.

Prior to that, she spent seven years at the historic Half Moon Bay Hotel, earning high accolades for customer-service excellence, diplomacy, and leadership acumen.

Department, Quinn Williams is known for her integrity, analysis, strategic thinking, and organizational and problem-solving skills.

A public-speaking trainer, she was a founding executive member of the Antigua Toastmasters Club, and is an accomplished motivational speaker.  She has won the Club’s International Speech Contest for the Caribbean district, and represented the region in Malaysia as a semi-finalist in the International Public Speaking Contest.

Adding to the value of this Pearl are her vocal activism and her affinity for people, borne out in her membership of the Health Hope & HIV Network, as well as in The Movement, the advocacy group for good governance.

Pearl believes that good governance, transparency, integrity and service to The People are all to be found in the UPP, where she currently serves as an At-Large Member of the Central Executive and an officer in its Women’s Forum.

A born-again Christian, wife, and mother of four, Pearl Quinn Williams lives by the motto: “It’s all about YOU!”