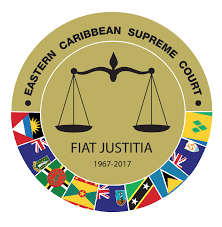 The Eastern Caribbean Supreme Court of Appeal (ECSC) has upheld the convictions of seven Antigua and Barbuda Labour Party (ABLP) members, some of whom are now deceased, for breaching the Public Order Act.

The matter went to trial over a year later before then-Chief Magistrate Ivan Walters, who – after hearing evidence by several people, including police officers – found the seven guilty.

Walters imposed a fine of EC$1,000 on each of the seven in December 2010.  They were ordered to pay the money within a week or serve nine months in prison.

However, dissatisfied with the outcome, the Labour Party Seven filed an appeal in 2010, claiming that their convictions were a blow to democracy and freedom of expression, and that Magistrate Walters had been wrong to rule that they could not address a public rally without police permission.

Walters had also ruled that the seven could not rely on the argument that they were members of the then-opposition Labour Party, since they were found to be delinquent with membership dues.

However, when Director of Public Prosecutions Anthony Armstrong argued the case before the Court of Appeal, he noted that the Police had provided more than sufficient evidence on which the Chief Magistrate could have made the finding in relation to all of the accused.

Further, Armstrong told the Court that, upon reading the relevant legislation, the language was clear and unambiguous and without any uncertainty.

He said the arguments presented by Senior Counsel Anthony Astaphan, one of the lawyers representing the seven in the appeal, were, at best, devoid of any due consideration to the law and the evidence available to the court.

While Astaphan could argue about the merits that could and should have been, Armstrong said the laws and regulations, as applicable, did not permit any extrapolation other than the language that was clear and certain.

Armstrong was assisted by prosecutor Shannon Jones-Gittens, while Rika Bird was among the lawyers assisting Astaphan.

Meanwhile, in 2016, the appeal was almost dismissed when the appellants failed to show up for the matter.

The matter was called 10 times; and, on the last occasion, then-Chief Justice Dame Janice Pereira warned that it would be thrown out if the appellants failed to show up on the February 27, 2017, date.

Three of the seven convicted – the Bird brothers and Galloway – have since died. It is not known, at this time, whether the other five will appeal the Court’s decision to the Privy Council or pay the $1,000-each fine.