COVID-infected woman did not work at Police canteen 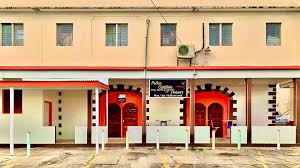 An inside source is clearing up the confusion generated by Monday’s report on the bar operated at the St. John’s Police Station.

On October 26, Trumpet News reported that Cabinet had restricted the operating hours of the popular canteen, allegedly because a civilian working there had tested positive for the coronavirus.

The source says that is not the case.  He explains that it was a female worker at another bar, a private establishment, who was found to be infected with the COVID-19 virus, and who, nevertheless, turned out to work and was seen in other places when she ought to have been in quarantine.

Meanwhile, the source confirms that operations at the police canteen have, indeed, been restricted to four days a week – Monday to Thursday – with a 6 p.m. cut-off time, while the bar will remain closed from Friday through Sunday.

He says this was a decision by the Cabinet, but he did not share exactly what had prompted it.