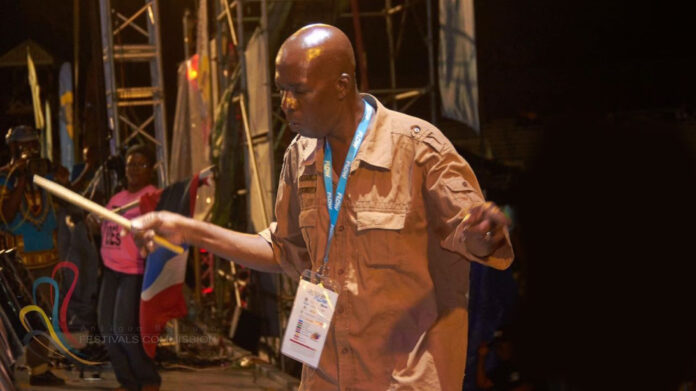 The Halcyon Steel Orchestra was not permitted to give the late Victor “Babu” Samuel the pan serenade he deserved as his cortege travelled to the St. John’s Public Cemetery on Monday; but Leon “Kuma” Rodney says he is not blaming the Police.

Several pan men have complained that the Police restricted them from playing up to a certain point in the procession on account of the occasion being an official funeral.

But Rodney, a well-known figure in the pan and sporting fraternities, believes the fault rests with the Protocol Committee, and he notes that other official funerals have had music accompanying the cortege to the cemetery.

Rodney says he found it very disappointing that the pan and pannists were not given the respect they deserved as they celebrated the life of “Babu,” who was a true pan visionary.

Meanwhile, an irate pan man telephoned a radio station to voice his displeasure and complained that Samuel had not been given the grand send-off he deserved at the August 8 official funeral.

According to him, the officials did not want the pan music to drown out the Police Band, which, he says, was given preference – over the pan fraternity – to play at the funeral service.

He referred to Samuel, the late pan icon, as his mentor; the man who taught him to play pan; and the person with whom he had played since 1978.

Since it was Babu’s contribution to pan that accorded him the official funeral, the caller believes that a way of working around the protocols could have been found.