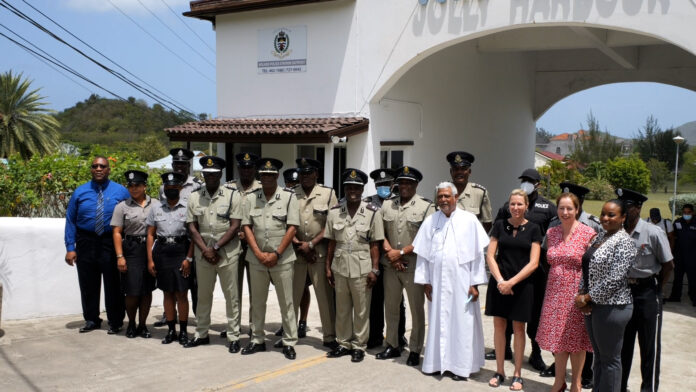 A brief ceremony was held at Jolly Harbour on Tuesday, May 17, to mark the opening of a temporary outpost for officers attached to the Bolans Police Station. The building, which is located at the original main entrance of Jolly Harbour, is outfitted with front desk, bathroom facility, kitchenette, living quarters and a temporary holding cell.

This was made possible through the partnership of the new management of Caribbean Developments (Antigua) Ltd. (CDAL), which was represented by Chief Executive Officer, Jamie Tarter and Operations Manager, Camilla Sukumaran. Commissioner of Police, Atlee Rodney, was present and expressed gratitude to CDAL for partnering with the police in such a meaningful project. 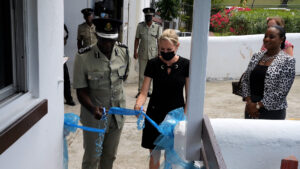 He said, that through the effort and support of CDAL, the officers at Bolans can now operate from a more strategic location to provide faster and more efficient service to the communities of Bolans, Jennings, Bendals and other surrounding communities.

The country’s Top Cop also said that he believes it is high priority to have sub-stations or outposts strategically placed within some of the larger communities, in order to provide better service to the people.

“I am happy that our friends at Caribbean Development Antigua Ltd. saw it necessary to partner with the Police to provide this level of accommodation for our officers in this temporary facility,” he added.

Rodney also took the opportunity to extend an invitation to other businesses to get on board to support the efforts of the Police in any way they can. 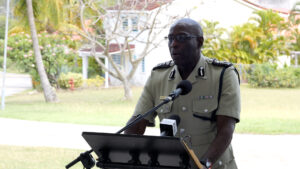 Media Relations Specialist for CDAL, Jamilla Kirwan was also present at the ceremony and spoke on behalf of the company.

“Jolly Harbour is a part of the Bolans community,” Kirwan said. “And, as such, CDAL felt a sense of responsibility to play its role as true community partners. We are happy,” she continued, “to offer you a temporary home until renovations to the Bolans Police Station are complete.”

According to Kirwan, CDAL made a substantial investment in renovations to the temporary Jolly Harbour location, to enable officers who will be occupying the building to perform their duties in a productive environment.”

Operations at the Bolans Police Station were temporarily relocated to Johnsons Point in October 2017, to facilitate repair work on the existing structure. The building has since been demolished in order to make room for the construction of a modern facility.