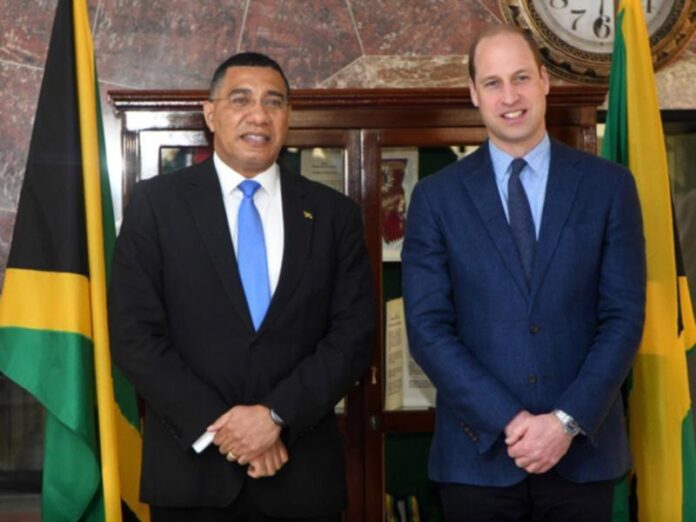 The royal couple, who flanked Holness on either side when he made the announcement, did not immediately react except for only a couple of brief head nods.

On Wednesday evening, Prince William expressed his “profound sorrow” over slavery and Britain’s role in it. His statement came during a speech which he delivered in Jamaica

“I want to express my profound sorrow. Slavery was abhorrent. And it should never have happened,” the Duke of Cambridge said during a dinner hosted by the Governor General of Jamaica at King’s House in Kingston, Jamaica.

“While the pain runs deep, Jamaica continues to forge its future with determination, courage and fortitude,” William continued. “The strength and shared sense of purpose of the Jamaican people, represented in your flag and motto, celebrate an invincible spirit.”

Just days ago, dozens of well-known Jamaican leaders includingprofessors and politicians demanded an apology and slavery reparations as the Duke and Duchess of Cambridge prepared for their trip to the former British colony.

“We are moving on,” Holness said, “We intend to…fulfill our true ambitions and destiny as an independent, developed, prosperous country.”

Jamaica would become only the second Caribbean Island to sever relations with Queen Elizabeth II in recent years, with Barbados doing so in November.