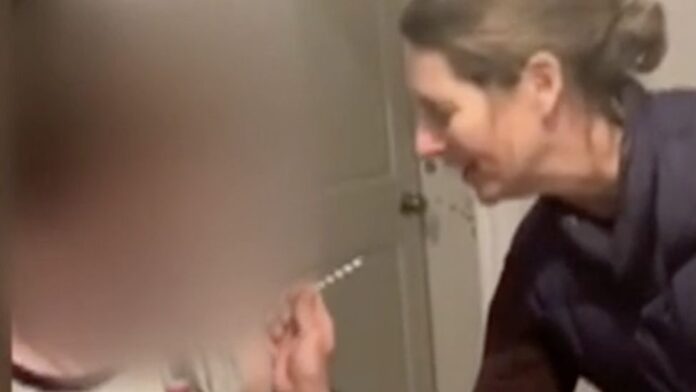 Officials have confirmed that a New York science school teacher with no formal medical qualification has been arrested for allegedly administering a Covid vaccine to a student.

Police say 54-year-old Laura Russo administered the dose at her residence despite having no legal authorization to do so under any circumstance, and without the consent of the boy’s parents.

The woman was arrested on New Year’s Eve and could face up to four years in prison if convicted.

The 17-year-old boy had reportedly wanted the vaccine but it was unclear how Ms. Russo obtained the alleged Covid vaccine, or what brand it was.

The woman is not a licensed medical professional and it is unclear whether she followed the important guidelines to ensure safe administration such as obtaining verification that a vaccine is not counterfeit or expired, inquiring about the patient’s medical history and having their reaction monitored after the jab.

A video circulating of the incident in Long Island appears to show Ms. Russo telling the boy: “You’ll be fine, I hope.”

After he told them what happened, the boy’s parents called Nassau police and further investigations led them to arrest the teacher.