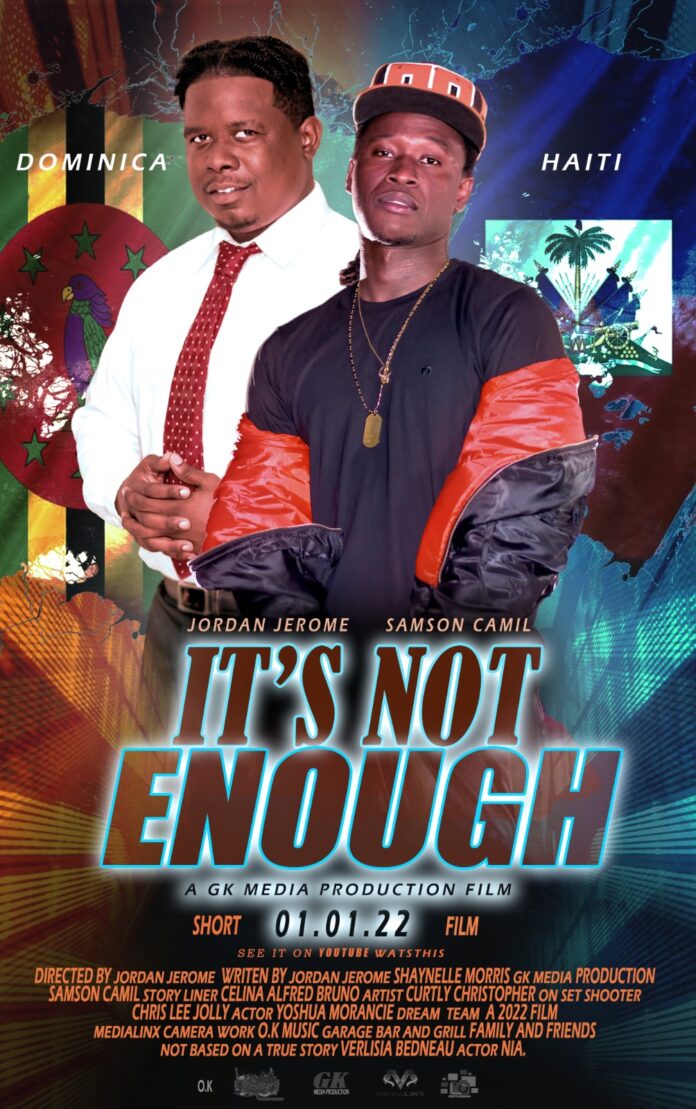 It’s not often that we get to celebrate incredible film productions in the Eastern Caribbean, but one young Dominican is planning to change that narrative.

On New Year’s Day, a popular and uprising media company in Dominica-GK Media Productions released a short film which was nothing short of incredible. ‘It’s Not Enough’ tells a story of friendship, inequality and courage. The man behind the scenes? Jordan Jerome, affectionately known as ‘GK’- a 28-year-old photographer, videographer, comedian and actor with a strong passion for all things media.

The film stars Samson Camil who plays Mastok- a young Haitian man who is just trying to make an honest living. He witnesses his boss and mentor die tragically and is left to seek employment. Unfortunately, he is met with stigma and unfair treatment from several stereotypical individuals.

The movie was well received by fans and gave some much needed insight into the stigma faced by Haitian nationals in Dominica. In an exclusive interview with Antiguan Trumpet, Jerome spoke quite enthusiastically on how one small idea basically blew up on social media more than anticipated and is allowing him to reach new heights in his career including being selected for this year’s film festival in Trinidad and Tobago.

“Well, the original idea was just for entertainment purposes but we ended up making quite the impact because of the storyline. I’m proud to say that this film is the first of its kind in Dominica-in terms of the cinematics and the general production- and I am so overjoyed to be the first one to open that road in my country,” he said. 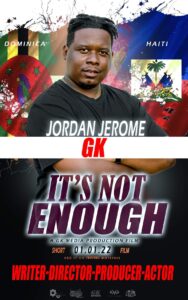 Jerome further went on to share a heartwarming confession about his journey saying that this was the 10th time he tried to release a movie in Dominica; the first 9 times were unsuccessful but this time much to his surprise, it was a success way beyond his expectation. Another shocker: The entire film was filmed in just 5 days. Jerome says the success of the production is due to his amazing team who call themselves ‘The Dream Team.’

“I cannot thank my team enough- they were cooperative and understanding; they never fussed or got frustrated, even when we were having technical difficulties and conflicting schedules. We all shared a desire to get the job done and we did just that.”

Camera work was done by Jerome with the assistance of Media Linxs, Chad Ambo and Romeo. The group wishes also to send special thanks to Jr Bus Driver, the Garage Bar and Grill for the use of their location and Shantel and Family.

Jerome also expresses his gratitude for the support and feedback from the public so far and shared some of his aspirations for the future. “We would like to finish the entire movie, but we will need funding for that. My personal goal is to just keep entertaining, to put more productions out there and to make an impact. I’m asking everyone to check out the movie, like and subscribe to show your support because that’s the real motivation,” he expressed.

If you would like to donate to the group to assist with completing the film, see information below: