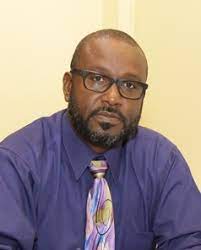 The creation of the said committee is in accordance with sections C21 and 22 of the Antigua & Barbuda Labour Code.

This latest correspondence to the Labour Minister follows aprevious communication on January 10th, 2020, requesting the appointment of the National Minimum Wage Advisory Committee.

Massiah has expressed concern that some categories of workers are being plunged into further economic hardship by the inaction of the Labour Minister.

“We are concerned that the real wage for a number of vulnerable employees in the security, retail, domestic and other sectors has diminished substantially, due to the rise in the cost of living and other factors including the recent increase in social security contributions,” the General Secretary noted.

The most recent review of the minimum wage took place in 2014. The recommendations emerging from that review were subsequently implemented in 2015.

The Antigua and Barbuda Workers’ Union will continue to amplify its call for the full cooperation of the Labour Minister in alleviating the unnecessary suffering that the most vulnerable in our society are experiencing at this time.