Union says Saturday is a Public Holiday by Law 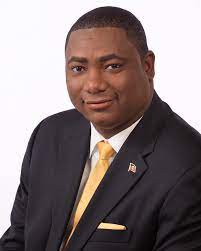 The Antigua and Barbuda Workers’ Union is aware of a release from of the Office of Labour Commissioner regarding Christmas Day, Boxing Day and New Years Day holiday.

The Union sort further clarity from the Labour Commissioner having had differing views as it pertains to Saturday December 25th not being recognized and observed as a public holiday.

The Union further consulted with the Labour Minister, who agreed wholeheartedly with the position of the Labour Commissioner.

The Antigua and Barbuda Workers’ Union has consulted with Counsel and is of the opinion that Saturday December 25th, 2021, should be recognized as a public holiday, and employees who work on that day should be paid accordingly due to the fact thatChristmas Day is and has always been a common law holiday and is considered part of the sacred Christian calendar of Common Law holidays and is recognized in The Public Holidays Act Cap 354 as such, along with Good Friday and Sundays.

The Explanatory Note to the Public Holidays (Amendment) Bill of 2019 sort to clarify the rationale for the amendments being sought and further stated that if Christmas Day and Boxing falls on a Saturday or Sunday the following Monday and Tuesday will be holidays and if Boxing Day falls on a Sunday, the following Monday and Tuesday are declared as holidays. No where does it state that Christmas Day was being abolished as a common law holiday. And the Bill was made law without any changes to its statutory provisions.

We at the Antigua and Barbuda Workers Union are of the firm view that employees who work on Saturday December 25, 2021 should be paid for work on a public holiday. We have advised the Hon. Attorney General and Minister of Labour that given our differing views, we shall be seeking an interpretation of the Public Holidays (Amendment) Act, 2019 from the Courts. Once found correct, we will be demanding that employers pay employees proper compensation for work done on Saturday December 25th, 2021.

We further urge the Hon. Attorney General to rethink and review his position against the background of the legislation because Good Friday, Christmas Day and Sundays have always been considered as part of the Christian calendar of holidays representing the death, birth and resurrection of Christ, our risen Saviour. And there is no legislative provision which alters or revokes that common law position.