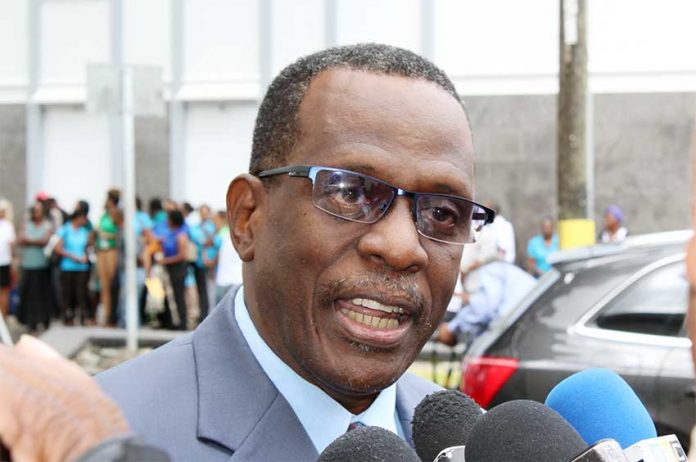 As vaccination seems to be abuzz in different regions a call is being made to the Prime minister of St. Lucia for reassurance.

The call is being made by St. Lucia’s freedom Coalition and is part of what they term to be a four point petition which was launched on Saturday.

Participating in a mild protest action some members of the organization adorned in placards expressed their concern through the action.

According to the petition during Prime Minister Phillip Pierre campaign he promised that he will not impose mandatory vaccination on the people of St. Lucia

“He ( the Prime Minister) reiterated his position when he assumed the office of Prime Minister on July 28, 2021,” the document states.

The petition stated that Pierre needs to reassure the country of that policy in light of recent statements to the contrary by three of his cabinet ministers and actions by the private sector to set their own ‘injection mandates’ and while threatening job losses.

The petition also urges the authorities to establish an online system for reporting adverse vaccine effects, asserting that several citizens continue to experience them.

Ivermectin in some countries are considered illegal to use on humans.

Dr. Gilbertha St Roe, suspended and fined $10000 by the Saint Lucia Medical and Dental Council over the use and promotion of the drug Ivermectin, was among those attending the launch of the petition.

President of Freedom Coalition Fremont Lawrence said the petition is expected to attract thousands of signatures before the group presents it to the Prime Minister and his administration.