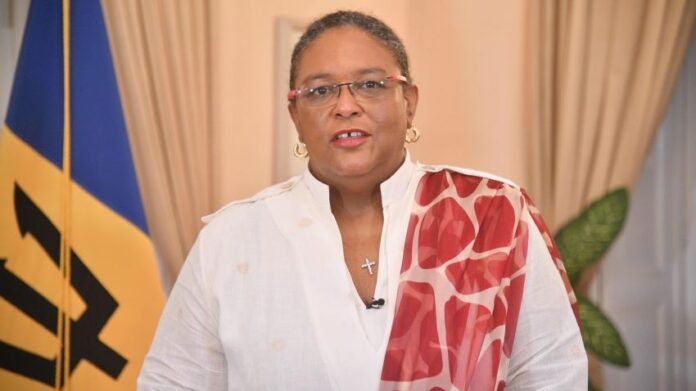 In a release De Peiza claims the Government is in “panic mode” and has put its interests ahead of Barbadians and the country in the midst of the COVID-19 pandemic and the threatening Omicron variant.

She also insinuated that the ruling Barbados Labour Party is dividing the country and urged Barbadians to vote for change and rid the country of a one-party state.

De Peiza reiterated that her team is fresh and young and is ready to offer the country the leadership it needs.

She added that “This is a dark day for our country”. Truly we are in the silly season – but our people are not silly. In the midst of a pandemic and Omicron threatening, whilst still under a state of emergency, there is no compelling argument for an election to be called 17 months out, except to be self-serving. This is not what we expect of sound leadership.

The Government she says has succumbed to feelings of panic and that the nation’s first call which is its people’s safety has been set aside to pursue selfish ends which will expose our people to great harm and possible death.

She is therefore making an appeal to the people to seize this opportunity of relief and arm themselves with courage, determination and hope and rally to the polls – safely – to exercise their franchise and send a clear and decisive message to the outgoing government that their wellbeing is paramount.

Send a clear and decisive message that the opportunity for change has come. We agree that the nation is divided; but in a climate of 29-1, we must ask ourselves who divided the nation.

She further added “Let us be frank; Mia does not care; Mia Scares. But do not let that deter you from summoning every single ounce of strength in your being, indeed your right and your reason, to do what is best for Barbados”.

Vote on the day for a change to a government that puts the best interest of its people first. The Democratic Labour Party looks forward to being your standard-bearer, come January 20, 2022.