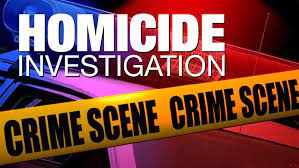 Authorities are investigating the events surrounding the murder of a middle-aged woman on Monday night with the aid of a young lady suspected of committing the crime.

According to information obtained by the Antiguan Trumpet, the woman was killed shortly after reporting a break-in attempt to the police. To aid in the investigation of the nation’s tenth homicide for the year, police have taken the suspect into custody.

“The investigation into a suspected homicide in Piccadilly, where a 66-year-old woman was discovered dead inside her house, is still ongoing,” the report added.

“On Monday, October 4th, at 9:15 p.m., officers went to a complaint at the deceased’s house and discovered her corpse resting on her living room floor. She looked to have suffered injuries to her head.

“A medical expert pronounced the deceased dead at 12:48 p.m. One woman is presently in police custody, aiding officers with their investigations. This case is the nation’s tenth homicide for the year.”