Benna Boys grow closer as a result of their natural chemistry 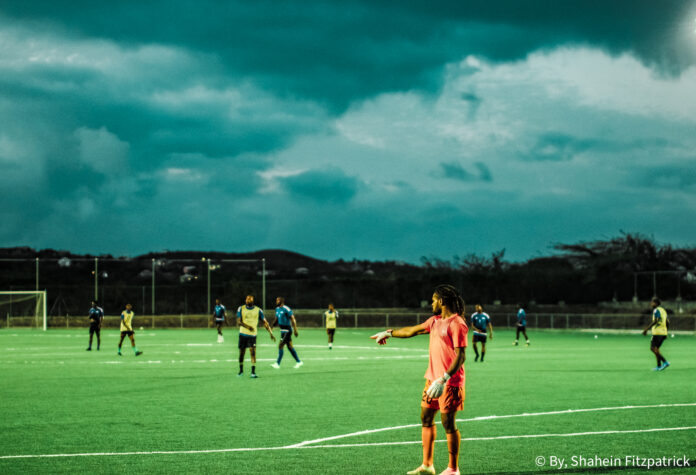 The Benna Boys’ captain and athletes have built on-field chemistry and are prepared to execute in the future.

Captain of the Antigua and Barbuda National Team, Quinton Griffith spoke to journalists about his natural synergy with close friend and midfielder Eugine Kirwan. 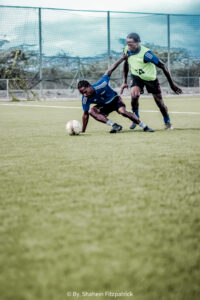 Griffith, who has been playing football since he was ten years old, said the Benna Boys’ training has been strict. He claimed that years of consistency and determination have equipped him to play “any and everywhere on the field,” but that “Central Middle” is his favoured position. Midfielders in the centre act as a link between the defence and the attack.

They’re recognized for receiving and distributing the ball frequently, which helps the team’s core stay strong. They lead the offensive game while also playing a variety of defensive duties after receiving the ball from the centre backs.

Kirwan and Captain Griffith have bonded over the last decade of playing together as juniors, gaining a strong understanding and appreciation for one another.

Kirwan, like Griffith, is primarily a midfielder, specifically an ‘attacking midfielder.’ An attacking midfielder is a midfielder who plays on the offensive side of the field. An offensive midfielder’s main job is to set up scoring opportunities for the forwards (or act as a backup striker). As a result, they must have a wide range of technical abilities, including dribbling, accurate passing, sensitive touch, etc.

“I’ve been playing for the national team with Quinton Griffith since we were both under the age of fifteen, and now we’re both on the senior men’s squad. We’ve been with each other at every stage of our development, from junior to senior.” Kirwan remarked

“It’s an amazing feeling to be under his leadership as captain. It’s also a great experience when we go out on the field together. He added saying “We’ve grown so close that we can anticipate what each other will do on the field.” 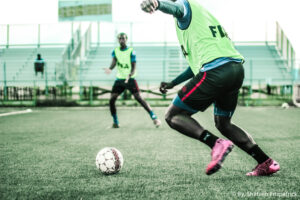 “Quinton doesn’t even have to see me; he senses where I am on the pitch, and all he has to do is pass the ball and go on,” he expresses.

“Quinton analyzes my actions and adjusts his positioning accordingly. Going into future games, this is one of our most valuable assets, that is our natural chemistry on the field as a team.”