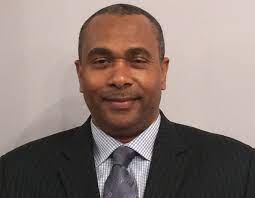 Emanuel dismisses accusations made in Prime Minister Gaston Browne’s affiliated newspaper as lies and excrement, and he says there was no loss to taxpayers.

In response to public criticism that the Western Imperial Special Economic Zone (WISEZ) deal is a wholesale giveaway, Browne and his supporters have said the UPP Administration forfeited millions in title-transfer taxes on the Azure Bay project, and that it never yielded any benefit because it never came to fruition.

Negotiations with the private owners of the land did take place, former Minister of Finance Harold Lovell confirms. And the UPP Administration and the Azure Bay principals signed a Memorandum of Agreement for a major hotel and high-end residential project.

Concessions were offered by the ABIA, as was standard practice with all major investors.   However, the duration of those concessions was 25 years.

“I was chairman of the Antigua and Barbuda Investment Authority when the Azure Bay project … was reviewed and its viability assessed,” Emanuel .  “The project did not materialize due to internal issues with investors which had nothing to do with us. There was no cost incurred by taxpayers,” he says, and “the project was eventually shelved.”

Another criticism levelled at the WISEZ deal signed by PM Browne is that his Administration has learned nothing from the failure of its first agreement for a Special Economic Zone with the YIDA Group.

“During my time at the ABIA, we were not in the business of approving non-viable, speculative and shady projects,” Emanuel says of the YIDA project.

The former Chairman says it was “reviewed and rejected by the ABIA for not having a comprehensive business plan, market study and proof of source of funds.

“Also, due diligence on the group did point to some issues, which I will not mention here. Suffice to say, the Chinese Embassy in Antigua did not want to have anything to do with the YIDA Group and their project,” Emanuel says.

In his opinion, the new WISEZ deal is “another bogus project to raise campaign finance” and “nothing more than a scheme to raise money for the next election.”

The deal inked by PM Browne accords tax-free status to the investors for the life of the Zone, as well as gives it the right to establish its own port and customs facilities.

Further, it removes any oversight or approval authority from the local Department of the Environment and the Development Control Authority (DCA), and guarantees approval of long-term work permits to any personnel the investors decide to import.