CARICOM’s Economic Recovery: cause for concern 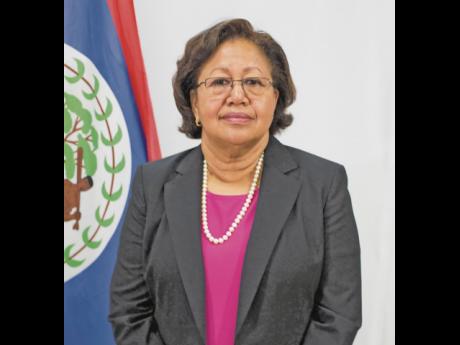 (by Elizabeth Morgan): From August into September, I took the opportunity in my articles to look at the exports of goods and services from the Caribbean Community (CARICOM) Member States and the areas showing signs of growth or targeted for growth in diversification.

Traditional exports, mainly agricultural commodities, have been performing poorly in some countries, such as Jamaica and those in the Eastern Caribbean, but with plans for reviving and improving industries, such as sugar, in Guyana and Belize.

Growth potential was noted in agriculture, for some countries in non-traditional exports, and in services – tourism, cultural and creative services, and business process outsourcing (BPOs). Clearly, improving exports and diversifying still have a way to go.

After a torrid year in 2020 with economies contracting, Guyana the exception, the projected outlook for 2021 saw some optimism, while recognizing uncertainty depending on the progress made in containing the COVID-19 virus.

I addressed the uncertain economic outlook in my article of January 26. In 2021, with Covid still here, the economies have been cloaked in uncertainty and the road has been “arduous and daunting” even with signs of recovery.

Some level of recovery has been recorded in CARICOM Member States in 2021, as there have been improvements in tourist arrivals, some increase in exports of goods, and stability in the oil and gas industries. We have to recognize that current growth recorded in gross domestic product (GDP) is recovery.

We are a long way from where we were in 2019. Also, recall that the region’s Member States have been in a process of recovery since the crisis of 2008/2009. Growth was already sluggish in the CARICOM region and cause for concern.

Containing the COVID-19 virus has remained a major challenge for the CARICOM Member States and a grave handicap to recovery. Securing vaccines continued to be a problem as well as their application in-country. There has been continuing reluctance by nationals to be inoculated and to observe the protocols.

Thus, the virus is still spreading. Global Covid-19 monitoring sites show that among CARICOM Member States, Haiti (0.3%), and Jamaica (6%) have the lowest percentage of the population fully vaccinated. The others range from 11% to 41% in St. Kitts/Nevis. Adding those receiving one dose, the figures range from Jamaica at 16% to St. Kitts/Nevis at 47%.

With further outbreaks of COVID-19 including from new variants, more deaths, the need for added containment measures, and remaining on travel restriction lists in major trade partners, CARICOM Heads held another emergency meeting on September 13 to consider the further impact and the region’s response.

There is now also concern about which vaccines are recognized to allow travel to certain countries. The situation keeps getting more complicated.

The rate of global growth is now generally a concern as well. It was forecast that global growth would be about 5% in 2021, but, I am now seeing readjustments downwards for some countries/regions and indications that growth will be quite uneven and lower than projected. Of course, access to vaccines remains uneven between developed and developing countries and those who produce vaccines and those who don’t.

From where I stand, we all should be concerned about the pace of economic recovery in CARICOM, taking account of not only the persisting adverse effects of COVID-19, but the effect of natural disasters, including volcanic eruptions, earthquake, floods; continuing crime and violence; and political and economic uncertainties. These are indeed very challenging times.

I also addressed the 2021 trade policy agenda in January. Now the September resumption, as customary, is commencing with the UN General Assembly debate which provides an opportunity for CARICOM leaders to address the many critical issues now besetting their countries, region, and the globe, from Covid to climate change.

The Organization of African, Caribbean and Pacific States (OACPS) will be having its trade ministers meeting in October. It appears that there are still plans to sign the new Post-Cotonou Agreement, this year, in Apia, Samoa.

In CARICOM, Agriculture Week is scheduled for October 4-8 and will be focusing on food security which is now in the spotlight. The regular session of the CARICOM Council for Trade and Economic Development (COTED) should be held by November and Ministers should be focusing on the region’s economic recovery.

I still believe that, as part of the recovery plan, though emphasizing the CARICOM Single Market and Economy (CSME), the report of the Commission on the Economy, and work being done by the CARICOM Private Sector Organization (CPSO), CARICOM needs a foreign trade strategy as exports to third countries, whether in the Americas, Europe or Africa, make an important contribution to economic growth and we need a plan going forward.