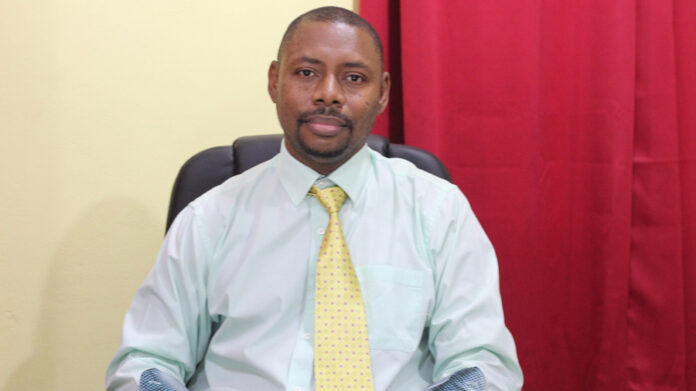 Observer Media – President of the Antigua and Barbuda Union of Teachers (ABUT) Kimdale Mackellar has publicly shared his frustration over what he terms a lack of planning by the relevant officials for the reopening of schools.

Schools across the island opened on Monday for third term for students in grades 5 and 6 the primary schools and forms 4 and 5 in secondary schools, while those in the lower grades continued online learning at home.

All teachers, however, were mandated to return to school and were instructed to reach their students — whether online or in person — from their classrooms. But Mackellar, who is a teacher at the All-Saints Secondary School, said this plan proved “chaotic”.

He pointed out that the issue of adequate internet was the prevailing factor across the island, especially in primary schools.

“The resources in the schools are lacking. The teachers came there, we all logged on, tried to use the internet and, in a lot of cases, the internet went down. I only got two success stories. The 4th and 5th form students and grade 5 and 6 students could have gotten engaged, but a lot of teachers sat there with poor internet connections, no resources and you know what the teachers are saying? ‘Listen, if I was at home, I would be able to use my own stuff and reach the children’,” Mackellar said on Tuesday.

“So, you bring the people out — who don’t really need to be here because they are not teaching 4th or 5th formers or grade 5 or 6 — put them in a situation where they are unable to do their work and that don’t make no sense,” he added.

He condemned the Ministry of Education for an apparent lack of planning and communication with the relevant parties, claiming a lot of principals and teachers only found out about this new plan through the grapevine.

“We cannot continue to waste time and money. We can’t have these one-size-fits-all plans. When you look at a school like Princess Margaret, which has about 400 to 500 children in 4th and 5th form alone, and then a school like Glanvilles, that has 100, then how can you justify having 400 people at one school plant and you can’t open a full school with 100?

“If they had spoken to the principals, had they consulted with the union and other stakeholders, they would have come up with a plan that would fit,” he said.

“We are not asking for special treatment but there are some niches that we can cut out to make the process run smoother.” Mackellar claims the same lack of planning and consultation was evident during rollouts of electronic devices under the current government administration as well as the previous one.

“Under the previous administration, we had a tablet for school student initiatives, we had a laptop for teachers’ initiative; we had the e-book initiative under the new administration and now we are getting some new devices — and all of them, every last one of them, because of lack of planning, because of no real goals that were attainable or measurable. Nobody ever said to us, ‘listen teachers, these are the long [or] short-term goals of this thing; this is where we want to be in 2021’.

“They keep coming up with these grand plans and grand schemes that just don’t work,” Mackellar posited.

However, the ABUT head said he’s aware of the various challenges facing not only the ministry but teachers, parents and students, but he also noted that having dealt with this situation for a year, a better plan should have been in place.

He therefore called on the relevant authorities to come together to resolve the issues.

“What I would like to see is more meaningful consultations between the schools, the union and the ministry; proper planning. Don’t just send a letter or say ‘we are going to have a little meeting before school open the 12th’, and then tell us you are going to get back to us.

“Don’t just roll out these devices and e-books and spend millions of dollars and waste people’s time and money. We need measurable goals; we need to know where we are going,” Mackellar added.

Education officials pledged to address the matter on the Observer AM show today.