No Bonuses, Salary Increases or Advances for gov’t workers 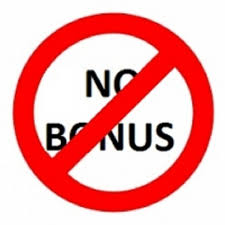 “The Treasury, the Statutory Corporations, and the state’s several Authorities are not now in a position to pay bonuses, or to make advances to staff,”- the Cabinet recently stated after evaluating the country’s revenue intake.

According to the Cabinet, despite taking steps to improve the economy, “the difficult position in which the government bodies find themselves, commenced nearly nine months ago when borders were closed, and those conditions will not dissipate for a few months yet.”

In fact, it predicted that the economy is not likely to revive until the first quarter of 2021.

Hence,no bonuses will be paid this year but “the Government of Antigua and Barbuda will continue to engage the several bargaining agents of the workers on the issue of paying bonuses,” the release read.

The Cabinet added that it “appreciates the forbearance and patience of all workers who may have counted on the bonuses and the advances which would normally have been paid.”