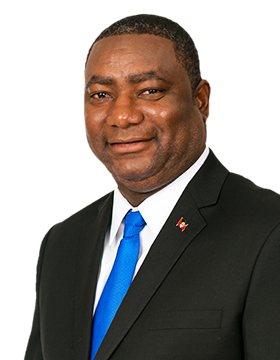 The Deputy General Secretary supported his assertion by saying that “If the port is running properly there should have been a budget, there should be allocations.”

“Even if you can’t meet the expectations of these allocations, you come back to us,” he said.

Hughes further explained that the Port’s finances is so poorly managed the workers have had to take action for their bonus for the past two years.

“There is always confusion at the Port in December because the Port fails to do what it has to do,” he said.

He also stated that the mismanagement of the port is evident in the fact the Prime Minister is the one speaking on in this matter.

On Friday, the Antigua and Barbuda Workers Union wrote to the Human Resources Department of the Port Authority and gave an official notice of industrial action if the workers do not receive a 3.5 percent bonus today.

And despite not receiving their bonus today, the workers were told to call off their go slow.

“We have advised our members appropriately in a meeting yesterday as to the implication of the order and asked them to be productive and to do their job in an efficient, effective and safe manner,

“I don’t know what pace a go slow goes at. All I know they have been told to get back to work,” Hughes stated.

As according to a collective bargaining agreement, the workers are entitled to a yearly bonus of “an amount not exceeding 5 percent of workers salary.”

The agreement stated that it would be paid “to all workers on or about December 15 of each year based on productivity.”

Hughes stated that productivity is not the same as profitability because over the years the agreement was changed to accommodate that.

But Prime Minister Gaston Browne, who threatened to bring in Defense Force officers if the workers took industrial action, claimed that productivity is measured based on revenue received.

“It is understood that is a business is not doing well then a bonus cannot be paid. A bonus is not a salary,” he said on Pointe FM on Saturday.