The ‘Movement’ Gets Another Candidate on the UPP Ticket. 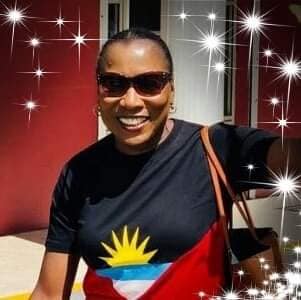 And then there were only three left… The United Progressive Party unveiled a new candidate to contest the St. Paul constituency in the form of Dr. Cleon Athill. No stranger to the public discourse Dr. Athill’s rumored candidacy has long been on the table and so very few should be surprised now that it has been confirmed. Before the implications of her candidacy are fully discussed, we can virtually declare the team for the United Progressive Party is in place except for St. Peter which has never voted for the UPP in any case.

Dr. Athill’s nomination safely puts to bed speculation on where UPP party leader Harold Lovell will run in the next election. Seemingly, he will be returning to his old stomping yard of St. John’s City East as the Opposition Leader, Jamale Pringle, will no doubt be running in his own constituency of All Saints East and St. Luke. As to who will be the candidate in St. Peter it is any one’s guess, but by no means is this a seat consequential to the United Progressive Party as they have never won it before.

If this is the case, team UPP 2023 (or sooner) seems virtually in place – some three years or less than the actual date of the next election. Having a team together this early can only be a positive thing for the party; now they can begin the much harder task of mounting a successful campaign to unseat the incumbent Labour Party. Whether this will happen, on the other hand, is fodder for later commentary to come, but for now, we go back to Dr. Cleon Athill’s nomination.

Dr. Athill’s nomination brings to the table a lot of strengths that the party could use in a successful administration. In the first instance, she is clearly a very accomplished woman having been trained as a psychologist at the Ph.D. level. She was also formerly the director of the department of Youth Affairs and an educator for many years. She is an experienced civil servant and knows intimately how the service works so she has relevant work experience to her new life as a politician.

Additionally, she has worked closely with young people and should be able to understand how to mobilize them to support her and her party at the next poll. Perhaps most importantly, Dr. Athill is a recognizable name to Antiguans and Barbudans because of her constant social media engagement to her demonstrations as part of the political pressure group ‘The Movement’.

Indeed, she has been a thorn in the side of the Gaston Browne administration for quite some time. She is also branding herself as ‘not your ordinary politician’ – a tag line used to demonstrate her virtuousness in the political arena. Long a self-proclaimed ‘anti-corruption’ activist she has long been critical of the present administration for alleged malfeasance.

Her modus operandi it seems is to present to the electorate a chance to vote for a ‘clean’ politician with no baggage who can be trusted to manage the affairs of state principally and honestly. For those who might be politically astute however, this kind of virtue signaling may be taken with a grain of salt.

What’s more is even if she herself is as squeaky clean as she lets on, it is hard to reconcile this with supporting a political party who has in the past been alleged of its own wrong-doings and could conceivably fall prey to scandal again. It would be worth noting the reaction of Dr. Athill should that time come.

While for the UPP securing Dr. Athill might be considered a bigger prize than the other hopeful for that constituency ‘Driftwood’, it does leave her exposed for some criticism. Like “Serpent” and Quinn-Williams, Dr. Athill has now tied her lot to the United Progressive Party. The Movement’s mask now pulled off, it looks like they were not just an ordinary bunch of citizens campaigning for better governance. Instead, they were covert political operatives on behalf of the opposition party. This is what the Labour Party had alleged all along and this is what seems to be self-evident.

With that, any future activity done by ‘The Movement’ will now just be considered a UPP event. This is perhaps good for the party but sad for democracy. Missed is an opportunity to form a real grassroots, well organized civil society pressure group that could hold this and successive governments to account for their management of the country. What does this all mean for democracy one wonders? Is it the case that in Antigua and Barbuda true ‘independence’ is mythical and most, if not all, just want to advance their own agenda?