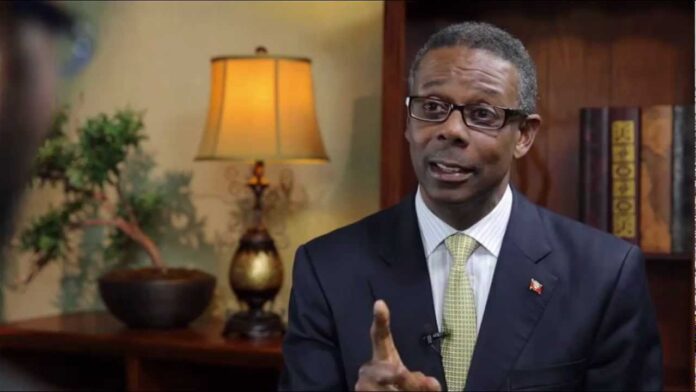 Friday night, July 10, hundreds wept to learn that a young civil servant, Nigel Christian, had been abducted and murdered after a brazen daylight home invasion.  The United Progressive Party (UPP) mourns with them and extends condolences to his mother and the rest of the bereaved family.

This “assassination” of an officer of the Customs Department is the second violent attack on workers who were involved in the investigation of a multimillion-dollar fraud at the Port.  The first was the ambush and shooting of Cornell Benjamin at his Cassada Gardens home.

Following that shocking incident, the UPP repeatedly called on the silent Gaston Browne Administration to launch a full-scale investigation into the attack and its likely connection to the fraud investigation at Customs – to no avail.

Going further, the UPP Leadership sought an audience with Sir Rodney Williams and implored him to use his constitutional authority to commission an inquiry into the matter.  His legal advisers accused us of overreacting to what they saw as a routine police matter.

When no final answer was forthcoming from the Governor-General, we staged a picket at the beginning of this year and called for one.  And, again, the Party’s request for an inquiry was rejected.

In addition to the above, Prime Minister Gaston Browne has refused to identify persons he has accused of involving him in the fraud by way of his signature being fraudulently applied to documents.

In fact, his Chief of Staff went as far as saying that the Administration is not interested in “naming and shaming” – only in recouping taxes stolen by the “rampant looting” by certain brokers and others the Prime Minister alleged were involved.

We therefore find it contradictory, hypocritical and downright dangerous that PM Browne would now offer a reward and encourage residents to cooperate with the Police in investigating this second and fatal attempt on an officer.

Unequivocally, we lay the responsibility for this young man’s death – and the terror visited upon his family – at the feet of the Prime Minister, the Attorney General, and the Comptroller of Customs, all of whom we wrote to since November 11, 2019, with all showing a chilling indifference in this matter.

Again, we call upon Commissioner of Police Atlee Rodney and remind him, as we did last year, that “a Customs officer enjoys the same powers, authorities and privileges as a police officer.”  We implore him, again: “If … you need help … reach out to your regional counterparts” or to “the Canadian, British or American criminal investigation agencies also.”

To do less is to send the message that the criminal element runs Antigua & Barbuda, and that upstanding citizens must curb their moral outrage and live in fear of speaking out against wrong and of doing right.

Our way of life – of relative peace and security – has been shattered by these two egregious incidents; and we call on the Administration and law-enforcement to restore both.

We close by extending our sympathies, as well, to the co-workers of both Mr. Benjamin and the deceased Mr. Christian.  No public servant should live in fear that, in the execution of his or her duties, he or she might face execution.

It is simply wrong.