Embattled DPP Anthony Armstrong has asked to be retired after extended ‘vacation’ in Jamaica, inside sources say 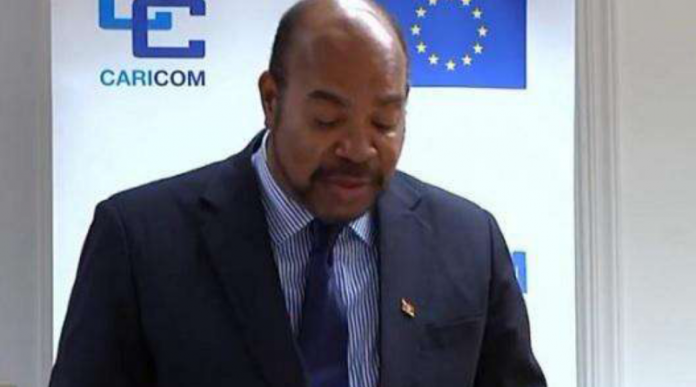 Anthony Armstrong has applied for retirement from his position as Antigua and Barbuda’s Director of Public Prosecutions, inside sources claim.

These sources tell REAL News they have learned that Armstrong has taken extended vacation while he fights his legal battles in Jamaica, and has written to the Government seeking retirement when the vacation period is up.

They say that a decision on Armstrong’s letter will be made by the Cabinet when it meets on Wednesday.

Armstrong was arrested on fraud-related charged in his native Jamaica two weeks ago, and residents have called for his dismissal since then.  Members of the legal fraternity, meanwhile, have suggested that he resign, given the sensitive nature of his position, which demands public trust in the holder.

To date, Cabinet has remained silent on the matter of Armstrong’s removal, and the sources allege that members of the Executive were complicit in his arrest.

Prior to the DPP’s trip to Jamaica, news broke that a warrant for his arrest had been issued by the Government there.  Later, Attorney-General Steadroy “Cutie” Benjamin reported that an Interpol Red Corner Notice for Armstrong’s arrest had been rescinded.

However, the sources allege that a Minister of Government had colluded with law enforcement in Jamaica and had managed to scare Armstrong into going home to face the allegations of fraud.

But, immediately on his arrival, the DPP was arrested by two police officers who reportedly had travelled back to Jamaica on the same flight, the sources claim.  Reportedly, the pair had been in Antigua for a week before Armstrong’s departure.

Contrary to recent reports that the Judicial and Legal Services Commission has been deciding on Armstrong’s future as DPP, the sources say that no report has been made to the Cabinet on the matter. (Real News)