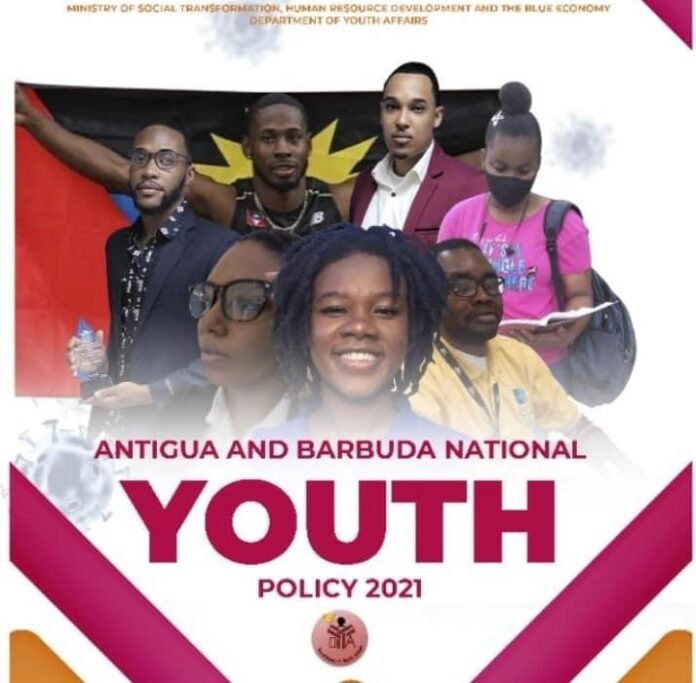 The Department of Youth Affairs (DYA), under the Ministry of Social Transformation, has launched its highly anticipated and inclusive National Youth Policy 2021.

Other invited guests such as Major Alando Michael of the Antigua and Barbuda National Cadet Corp were also presented at the groundbreaking event.

PS Joseph, who gave her remarks at the launch said that monitoring and evaluation along with partnership with the Ministry’s stakeholders will be critical in ensuring a successful implementation of the policy.

Major Michael told the audience that yesterday’s events made him feel at ‘home’, after the policy overview was given by the Acting Director of DYA Dr. Jrucilla Samuel underscored the 9 themes in the document including areas such as national pride, sports, arts, culture, agriculture, gender-based violence (GBV) and mental health.

He highlighted that the challenges young people face today are different and pleads with parents and guardians to see the world through the eyes of their children despite any disciplinary issues.

CARICOM Youth Ambassador Lyle Jackson believes that the way forward is to have a multicultural approach where Antiguans and Barbudans should strengthen our own culture so that locals would not feel threatened by regional counterparts.

Minister Dean Jonas has urged the nation’s youth to utilize the Prime Minister’s Entrepreneurship Development Programme, in which President of the National Youth Council Guishonne Powell was the first recipient.

Following this launch, a call of action will be developed by the Ministry of Social Transformation so that the policy’s framework can be implemented and achieved.

Facebook
Twitter
Pinterest
WhatsApp
Previous articleReligious Leaders calls on the Government of Dominica to review its decision
Next articleCreate pathways of accord between Africa, the Caribbean – CARICOM Chair at historic summit