CARICOM: the only organisation commanding wide trust in Haiti’s crisis 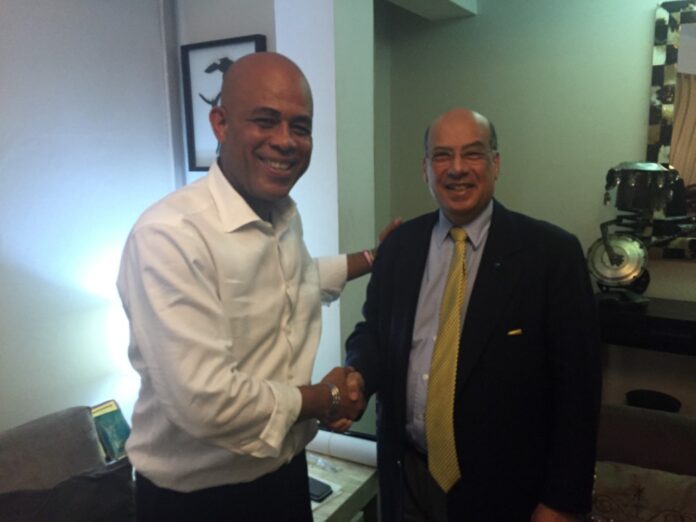 Haiti was in a constitutional and political crisis before the assassination of its President Jovenel Moïse in the early hours of the morning of July 7.   That crisis has worsened. It is now explosive unless representatives of the main political parties collectively agree on an interim, broad-based government to prepare the country for presidential, legislative, and municipal elections due to be held in September.

Fuel was poured on the fire of the crisis by Claude Joseph who has declared himself as prime minister.  There is no legal or other basis for Joseph’s action.   He was appointed ‘interim Prime Minister’ by Moïse for 30 days in May. The appointment was renewed for another 30 days, until July 5 when Moïse published a decree, appointing Ariel Henry as the new prime minister with power to form a government, including representatives of opposition parties and civil society.

Joseph acknowledged the appointment of Henry by publicly congratulating him and departing the official office and residence. Now, there is a sudden about turn.

Meantime, in an interview with Le Nouvelliste,  a daily newspaper printed in Haiti, Mr Henry insisted that he, and not Mr Joseph, is the prime minister.  According to the Constitution,  it is the president of the Supreme Court who should take over in the event of a presidential vacancy. However, Chief Justice René Sylvestre died of Covid-19 on June 23, and had not been replaced.

At best, in this turbulent situation, it is Ariel Henry who should be responsible for governmental affairs while he works swiftly on establishing a broad-based interim and national government.

The international community should not delude itself that anything but an interim government, comprised of political parties and civil society, will be acceptable to the Haitian people.  If a few powerful governments attempt to support a power grab and not a broad-based interim government, they will condemn Haiti to worse unrest than has been the case in recent years.

It should be recalled that Moïse had been running Haiti by decree since January 2020.  There is no national assembly, and the normal institutions of government are not functioning as required by the Constitution.

CARICOM Heads of Government were right when, at the conclusion of their regular meeting from 4 to 6 July, they expressed their “grave concern over the untenable situation in Haiti which is in the throes of a protracted, political, constitutional and humanitarian crisis”.   The leaders were almost prescient in stating that they were “particularly alarmed by the precipitous deterioration of security, calling into question the state’s ability to protect the people of the country”.  Little did they know that the state had become unable even to protect the President of the country.

What happens in Haiti in the coming weeks will determine if the country is to be plunged into further chaos, or stability will be established.

Earlier this year when there were cries for an interim government in Haiti, including by top members of the US Congress, the US government, which has long exerted huge influence in Haiti’s politics, had indicated that it did not support the idea. It called, instead, for Moïse to abandon his ambition to hold a controversial  referendum to change the country’s constitution as he saw fit, and to concentrate on holding the September elections.

However, when the presidency of Michel Martelly had come to an end in 2016 with no successor because of the failure to hold elections, an interim government was installed by agreement of all political parties in the National Assembly.  Having led the delegation of the Organization of American States that helped to broker that agreement, I can testify to its wide support.  That agreement, which included Martelly, allowed for the formation of an interim government which oversaw a period of relative peace and stability, including elections that brought  Moïse to office in 2017.

For peace to prevail, the Haitian people must have confidence in the governance of the country over the next few months, including the impartiality and independence of the elections’ machinery which, at the moment, is populated by persons handpicked by Moïse and his party.  If there is no change in this situation, it is most unlikely to be accepted by opposition parties and by civil society.

The stakeholders in Haiti have to come together to agree on an interim government and re-establish, as best they can, some of the key institutions of government, especially the judiciary and electoral council. One of the critical decisions surrounds whether free and fair elections can possibly be held in September.   On any objective analysis, the answer would be that such elections are not possible.

The country would accept an interim, national government delaying the election date until independent and transparent machinery is established.  It is hardly likely that they will accept elections – two months from now in the hands of persons they did not elect and who were not approved in accordance with the country’s constitution.

The problem is that no country or organisation can proffer itself to help Haiti through this crisis.  The Haitian government has to issue an invitation.  In the absence of an interim government, no invitation will be issued to an organisation that commands wide trust from the Haitian stakeholders.

There are few organisations that command such trust amongst Haitians – CARICOM is probably the one that enjoys the widest confidence.

On July 6 – even before Moïse’s assassination – CARICOM leaders expressed their “support for dialogue between the contending parties” and repeated “the Community’s willingness to extend its good offices in attaining a Haitian-led peaceful resolution to the current impasse”.   This would entail both facilitation and mediation.

The UN and other international organisations should provide CARICOM with the resources it would need to undertake this vital role.  Haiti is a CARICOM country. What happens in it has consequences for the region.