Olympic athletes should be prioritised for coronavirus jab – Pound 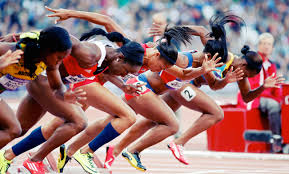 Olympic athletes should be among those prioritised for a coronavirus vaccine so that the Tokyo Games can go ahead, according to International Olympic Committee (IOC) member Dick Pound.

The rescheduled Games are set to get under way on July 23, a whole calendar year after the original starting date, despite concerns over rising COVID-19 cases in host country Japan.

Prime Minister Yoshihide Suga will decide on Thursday whether to implement a new state of emergency in Tokyo amid growing calls to take action, which could again put the Olympics in jeopardy.

IOC chief Pound, the organisation’s longest-serving member, believes the best way of ensuring it goes ahead is to vaccinate all athletes beforehand.

“In Canada where we might have 300 or 400 athletes – to take 300 or 400 vaccines out of several million in order to have Canada represented at an international event of this stature, character and level – I don’t think there would be any kind of a public outcry about that,” Pound told Sky News.

“It’s a decision for each country to make and there will be people saying they are jumping the queue but I think that is the most realistic way of it going ahead.”

Costs for the Olympics have already increased by $2.8billion (£2.1bn) due to measures being put in place to stop the spread of coronavirus. (Sports Max)